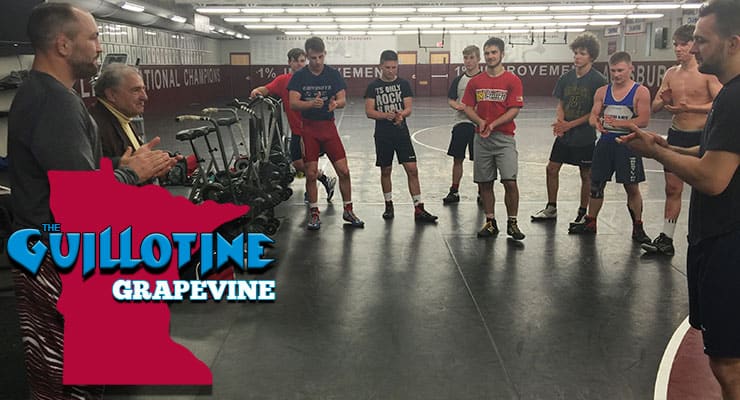 Episode 16 of The Guillotine Grapevine heads over to Augsburg College as two-time U.S. World Team member Jake Clark ran some visiting German wrestlers through a short practice. There's a tie with the Germans and why they're here in Minnesota training for a week and it's not necessarily what you might think.

The Germans also had an opportunity to talk with Olympic wrestler and coach Alan Rice as he joined the practice in the wrestling room named in his honor. We also catch up with German coach Marcel Fornoff and Anthony Sanders. It's Sanders' father who is a Minnesota native and former St. Cloud State wrestler.

They'll work out at PINnacle and Takedown up in Brainerd before heading back.