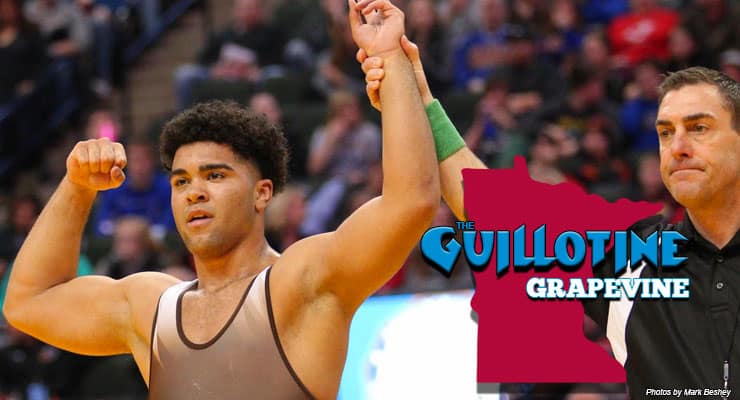 We kick off the second season of The Guillotine Grapevine by heading down to Apple Valley and talking with two-time Cadet world champion Gable Steveson.

Already a two-time state champion and three-time state finalist, Steveson brings an impressive 128-3 record into his junior year for the Eagles. Having clinched a state dual championship with his performance as a freshman, Steveson is fine with pressure and takes every match the same.

Steveson talks about settling in Minnesota, why he's striving to be the best and of course, growing up wrestling with a name like Gable Dan Steveson.