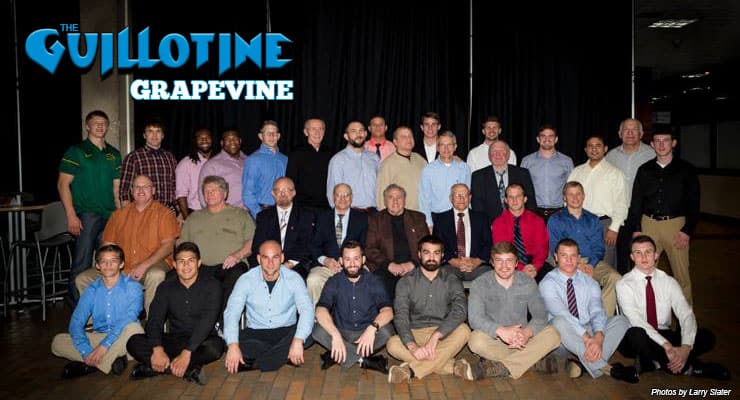 Episode 20 of The Guillotine Grapevine was recorded at the Christensen Center at Augsburg College on Saturday, October 22. The night marked the seventh annual Alan and Gloria Rice Greco-Roman Hall of Champions induction ceremonies.

Jason Bryant, host of this program, served as the Master of Ceremonies and welcomed Leadership Award winner Joe DeMeo, inductees Lindsey Durlacher and Jim and Dave Hazewinkel and Legacy Award winners, the Minnesota Storm, into the Hall.