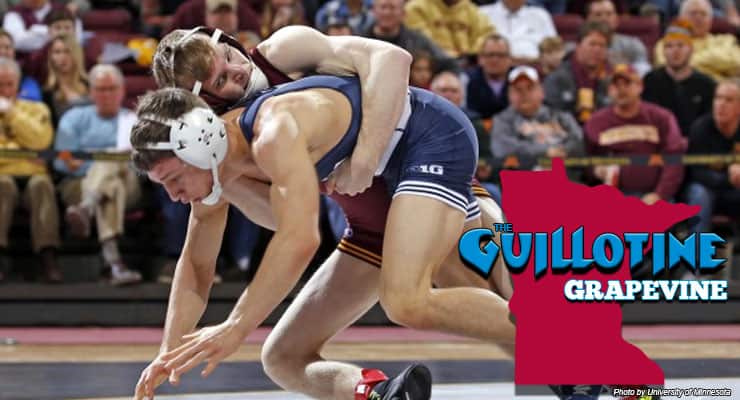 Episode 23 of The Guillotine Grapevine welcomes Jeff Beshey back to the program as he talks a bit about the start of the wrestling season here in the Land of 10,000 Wrestlers. We'll talk briefly about the National Duals where St. Cloud State won the Division II title and Augsburg made it back to the Division III finals.

We'll then pause to watch the match and then get post-match comments from Penn State head wrestling coach Cael Sanderson and Minnesota interim head coach Brandon Eggum about the Gophers 33-6 loss to the Nittany Lions.

We'll then wrap up with some recent high school milestones!