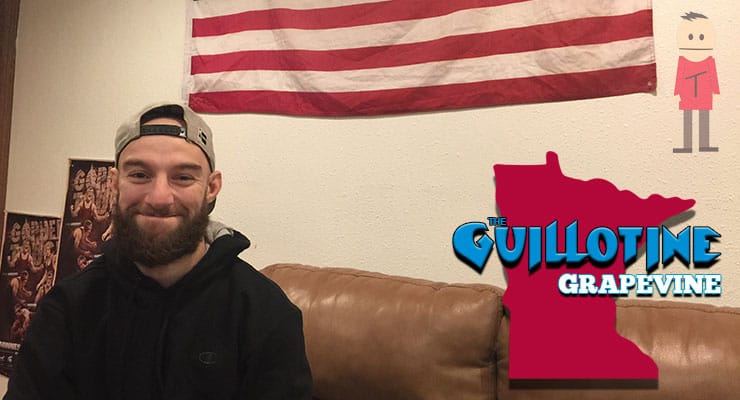 Episode 33 of the Guillotine Grapevine visits with “Canadian Joe” Joseph Dashou, a new wrestler training with the Minnesota Storm in Greco-Roman.

Dashou, originally from London, Ontario, was living in British Columbia before deciding to make the move to Minnesota to get Greco-Roman training full-time. Despite only wrestling since his 12th grade year in Canada, Dashou has hopes to represent Canada in what some believe has been a forgotten style. The Canadians have a strong women's freestyle program and have seen success in men's freestyle as well. Greco-Roman competitors have been sparse over the past decade.

Dashou explains how he came to live with some current Gopher wrestlers while training with the Storm and what the experience has been like with one of the nation's finest and most respected wrestling clubs.