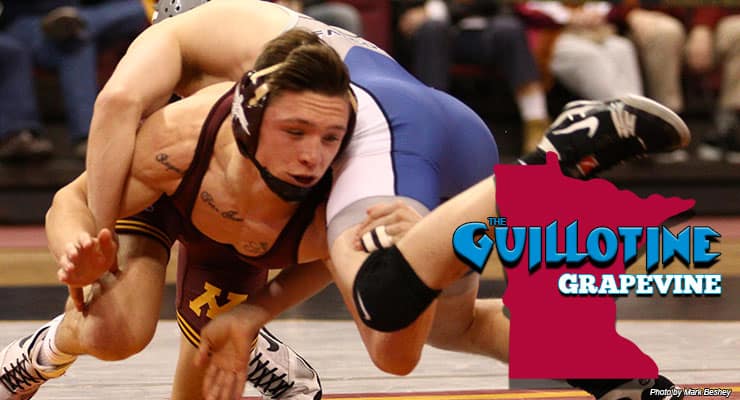 The college season is here and on Episode 34 of The Guillotine Grapevine, we'll quickly run down Minnesota's 29-6 win over the Air Force Academy on Sunday in Minneapolis. Eight Gophers earned victories including the first home victories for Hunter Marko, Owen Webster and Rylee Streifel.

We catch up with Sam Barber, head wrestling coach at Air Force, to start things off. Barber spent a lot of time in his coaching career in Minnesota with the J Robinson Camps as well as with Augsburg. Barber speaks highly on his time here in the Land of 10,000 Wrestlers.

We'll then talk with Gophers head wrestling coach Brandon Eggum about the performance, some sluggishness in the early season and what the lineup will look like in the coming weeks.