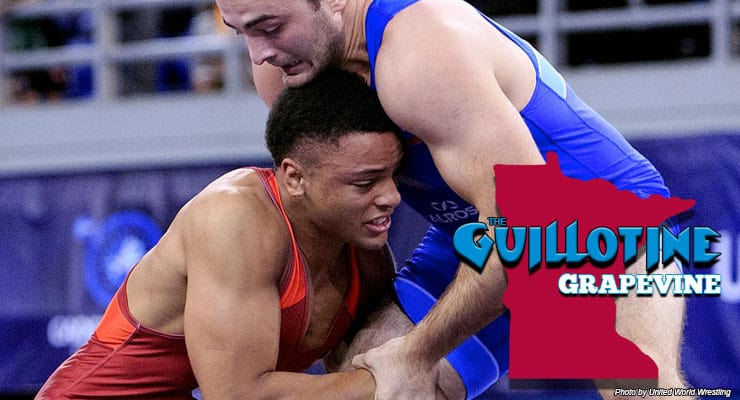 Over the summer, Daniel Kerkvliet's name, and his wrestling, rose to prominence with a gold medal at the 2017 UWW Cadet World Championships in Athens, Greece. On Episode 35 of The Guillotine Grapevine, Kerkvliet talks about his start in wrestling, his teammates at both Simley High School and the PINnacle School of Wrestling and the recruiting process.

Earlier in November, Kerkvliet changed his verbal commitment from Minnesota to Oklahoma State. At 16, he's got a lot of high school wrestling left as he looks to try to win another state championship after going 45-1 a year ago.