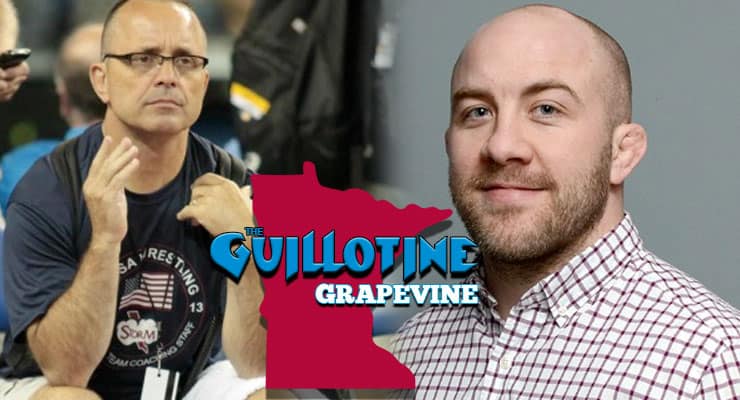 It's college wrestling season and here in Minnesota, that means one of the first major events is hosted by Augsburg University in Minneapolis. On Episode 36 of The Guillotine Grapevine, we'll chat with Augsburg head wrestling coach Jim Moulsoff about the team, the tournament and the landscape of Division III wrestling and we'll also get a chance to sneak into a back hallway to talk with new Minnesota State assistant coach Ty Eustice.

Eustice spent the last several years working for J Robinson Camps in Minneapolis. He's back in Mankato where he spent two years as a graduate assistant after completing his collegiate career at the University of Iowa.