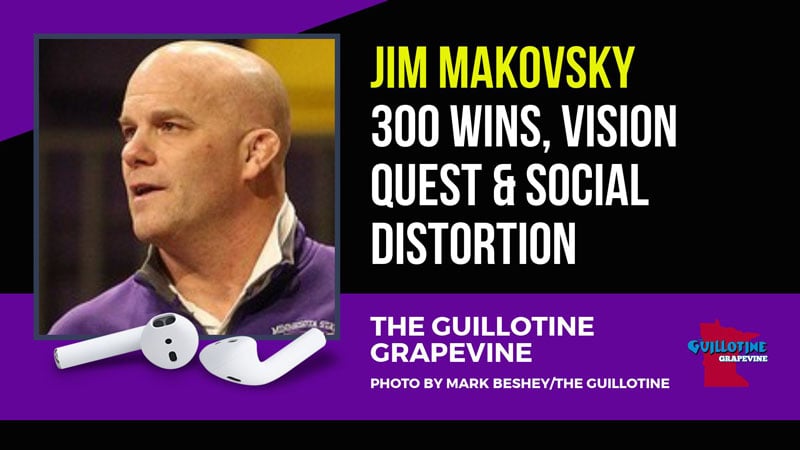 With over 30 years of coaching experience, the last 26 at Minnesota State in Mankato, it was inevitable Jim Makovsky would reach 300 victories. Now standing at 302 career coaching victories, with 279 of them in Mankato, Makovsky talks about what led him to a career in coaching from his time at Valley City State, how he quit his job, proposed to his wife and pulled all his money out of the bank – on the same day.

A music aficionado, the interview almost got derailed early talking about Minnesota concert venues. A likable and ethical coach, Makvosky talks about the challenges and benefits of choosing Division II and Minnesota State-Mankato as a student-athlete. He also tells the story behind how he ended up giving back a half-point at the 2008 NCAA Division II championships due to a scoring error he found, and what the ramifications of that move actually were.

SUPPORT THE SHOW
And if you're a fan of the extensive and broad-based reach of the shows on the Mat Talk Podcast Network, become a TEAM MEMBER today at www.patreon.com/mattalkonline. There are various levels of perks for the different levels of team membership. If you like wrestling content — scratch that — if you LOVE great wrestling content, consider becoming a team member. You'll get some cool stuff too.