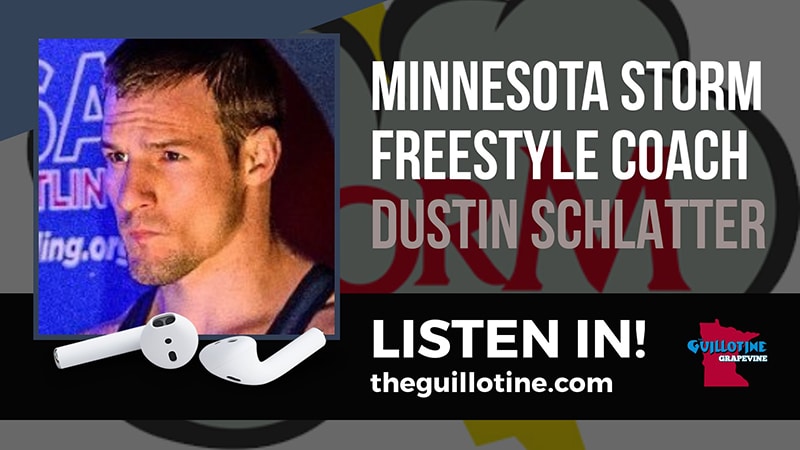 We head over to Bierman on the campus of the University of Minnesota to talk with 2009 U.S. World Teamer and Minnesota Storm freestyle coach Dustin Schlatter. A three-time All-American, Schlatter moved off the Gopher coaching staff to take over as the main RTC freestyle coach.

We'll talk to Schlatter about his transition, why he and older brother C.P. chose Minnesota, coaching Gable Steveson at the Junior World Championships and the dynamic that brothers on the same team can create, both individually and within a team setting.