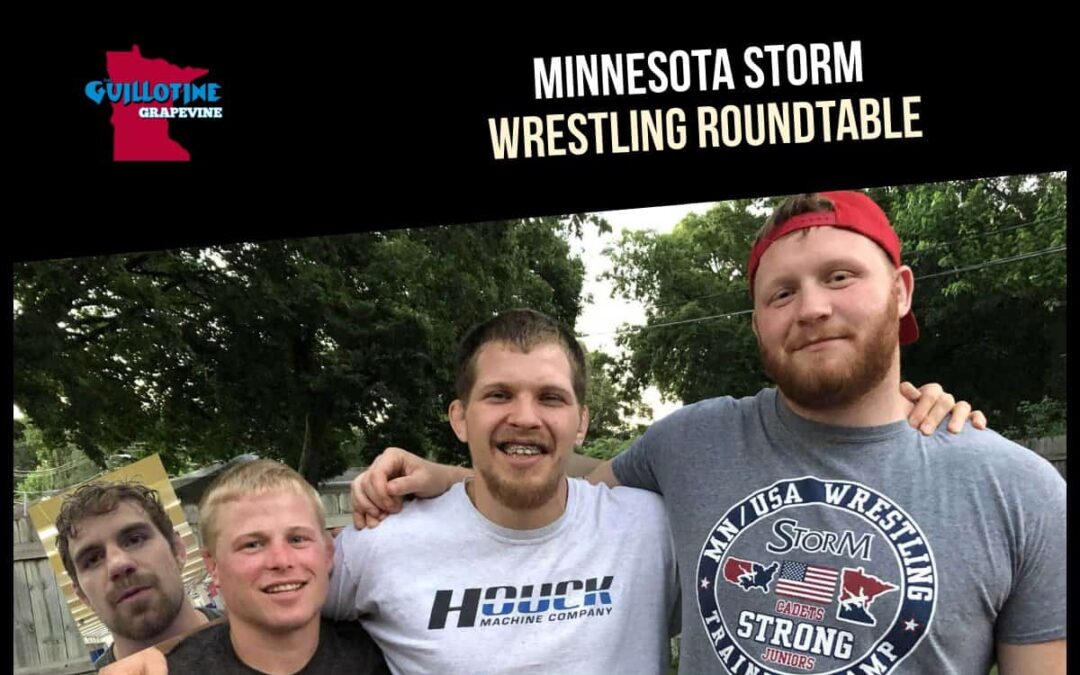 Taking a visit over to the home of a few members of the Minnesota Storm to talk about some wrestling topics on Episode 44 of The Guillotine Grapevine.

Join host Jason Bryant as he moderates the roundtable with Joe Rau, Donny Longendyke, Zach Sanders and Pat Smith. Among the topics are Final X, wrestling terminology, how the greats would compete in today's wrestling scene and what the better wrestling state is.

It's a backyard discussion that's just like you arguing with your friends.