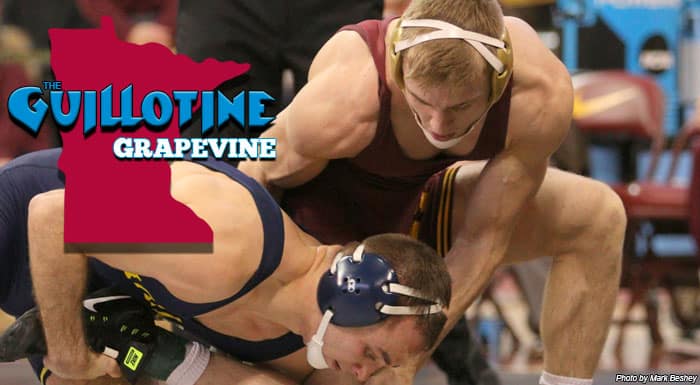 The Minnesota Golden Gopher wrestling team current sits as the 14th-ranked team in Division I wrestling. After a 30-7 drubbing at the hands of Michigan on Sunday, January 21, Coach Brandon Eggum explains what has to be done and how the team is fighting through a litany of injuries.

We'll open up Episode 39 of The Guillotine Grapevine talking with Simley alum Nick Wanzek. The senior 165-pounder is coming off a big win over Logan Massa and has been wrestling well of late. Then we get into a long conversation with Eggum analyzing the dual with Michigan and the performances within as the team heads into a weekend with No. 1 Penn State and No. 20 Northwestern.