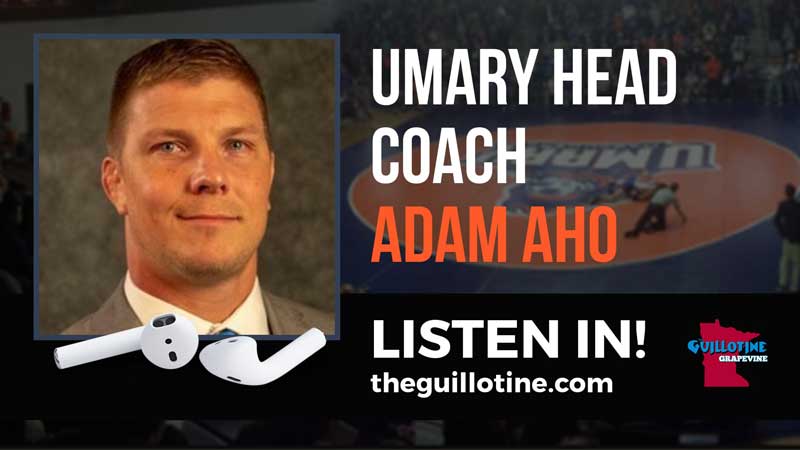 We're going to #BurnTheBoats with University of Mary head wrestling coach Adam Aho on the latest edition of The Guillotine Grapevine. Aho is a Frazee native who wrestled at North Dakota State before venturing to coach high school for a couple of seasons. He had an opportunity to coach with Jim Makovsky down in Mankato before the Mary gig opened up.

We'll talk about his time in Frazee and what it's like wrestling with that program, his relationship with Bucky Maughan and what it's been like building a program in Bismarck.