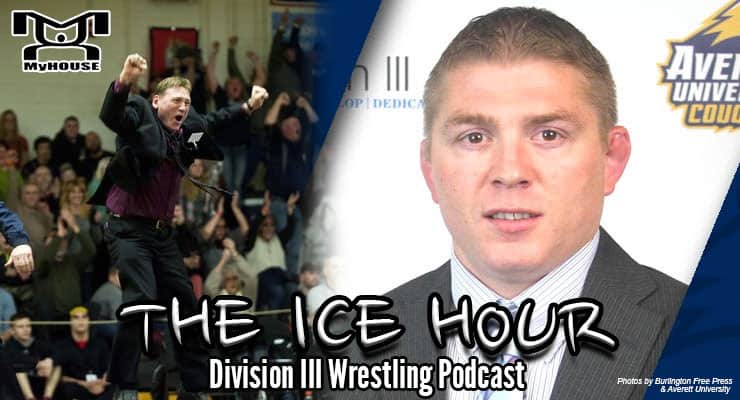 Episode 14 of The Ice Hour, a Division III wrestling podcast, is with two of the newest coaches in Division III, Scott Legacy at Castleton University and Tommy Owen at Averett University.

Legacy is a longtime high school coach in Vermont, leading Mt. Anthony Union to 28 consecutive state championships. He was hired as the head wrestling coach at Castleton last winter and the Spartans are heading into their first season as an active Division III squad.

Owen, most recently an assistant coach at Division I SIU Edwardsville, was hired October 7 to be the new head coach at Averett in Danville, Va. Owen previously had a stint in Virginia, coaching with Joe Russell at George Mason University. it's Owen's first head coaching job and he's a newbie when it comes to the world of Division III wrestling.

Both coaches share their past experiences and look forward to guiding their programs forward in a new challenge for each coach.