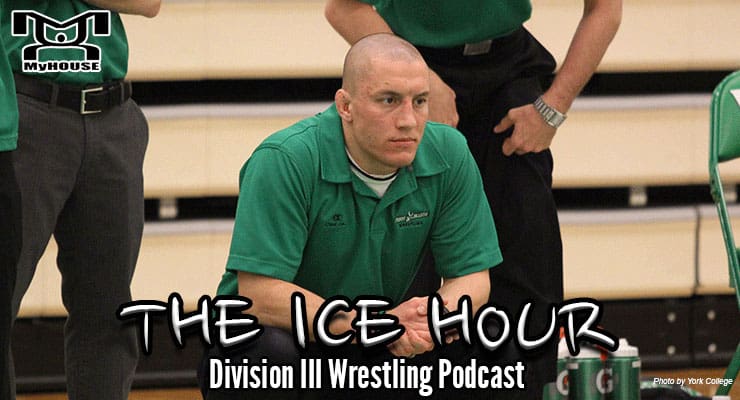 A two-time NCAA Division III champion and member of the Division III Wrestling Hall of Fame, Duane Bastress has seen his share of success on the mat. Now in his fourth year as the head coach of his alma mater York College in Pennsylvania, Bastress is finally ready to have a season that's consistent.

On Episode 16 of The Ice Hour, we'll visit with Bastress and talk about the hurdles created in his first year by a nationally publicized hazing scandal that shut down the program for a few weeks, then eventually clearing that situation to find out his position was elevated to a full-time one.

Bastress spent some time in Mixed Martial Arts after his competitive career ended at York, but coaching called him back after previous coach Tom Kessler stepped down after over 20 years leading the Spartans.

It's been joked that this is Bastress' fourth first year as a head coach. We'll check out what's brewing in Central Pennsylvania on The Ice Hour.