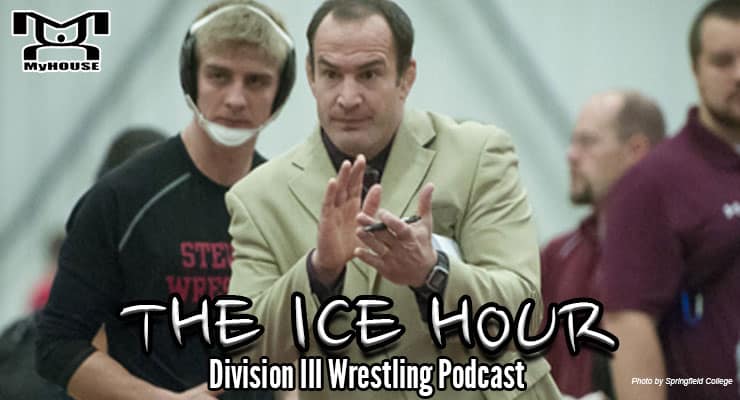 Episode 17 of The Ice Hour heads to Springfield, Mass., where we'll talk with Springfield College head wrestling coach Jason Holder. The Pride have a long tradition of wrestling success, which dates back over 100 years.

As one of the oldest wrestling programs in the nation and believed to be the oldest current Division III program, Springfield just set another milestone, 1,000 all-time dual meet victories.

We'll talk with Holder, who is just the third coach in the past 60 years. Doug Parker coached there for 35, followed by Darryl Arroyo's 21 years. Holder, in his sixth year, is also pursuing his doctorate and teaching at the school.