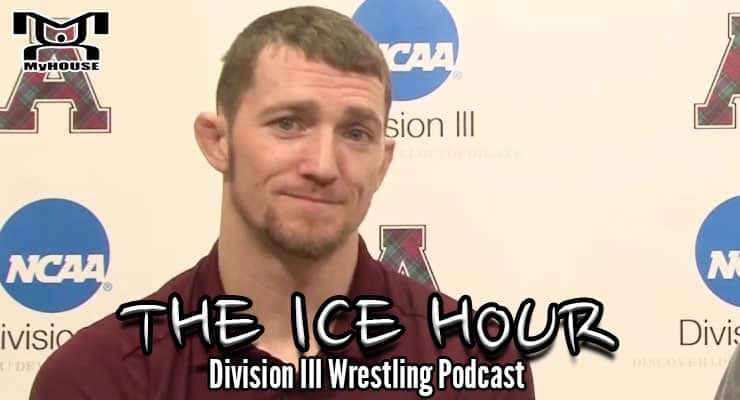 Entering his second season as the head wrestling coach at Alma College in Alma, Michigan, Jeremiah Tobias has been there and done that. He'll talk about it on Episode 22 of The Ice Hour.

As an athlete, Tobias had high aspirations coming out of Manchester High School in Michigan as a four-time state champion. He went to the University of Michigan and spent his time fighting for time in the starting lineup, but opportunities to represent the Maize and Blue beyond open tournaments and an occasional spot start were limited.

When his athletic career ended, a coaching career began, first at the University of Wyoming, then to Division II Belmont Abbey College in North Carolina. Finally, Tobias settled back in his native Michigan where then-Alma head coach Todd Hibbs gave him a call. A few years later, Hibbs is in administration and Tobias is leading his own program, this time at the Division III level.

What's he like about coaching in Division III, what about the opportunity for growth in Michigan and the story of how an Alma alum and Arkansas businessman has changed the course of the small college's athletic landscape forever.