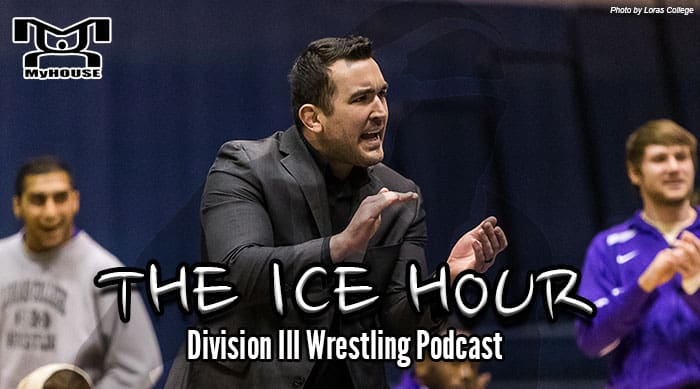 Loras coach T.J. Miller knows Division III and he knows the Iowa Conference. The three-time All-American and 2007 NCAA Division III champion has his Loras College Duhawks ranked fifth in the country and unbeaten on the season. On Episode 25 of The Ice Hour, Miller will talk about his wrestling career at Wartburg, why he left Iowa to coach high school in Louisiana and how he ended up back in Division III.

Miller is the son of longtime Wartburg head coach Jim Miller. The younger Miller explains what it was like wrestling for his dad and how much he calls on him today for advice. He'll also go into the landscape of the Iowa Conference and whether or not he's surprised about the Duhawks' success in just Miller's second year as the head coach.