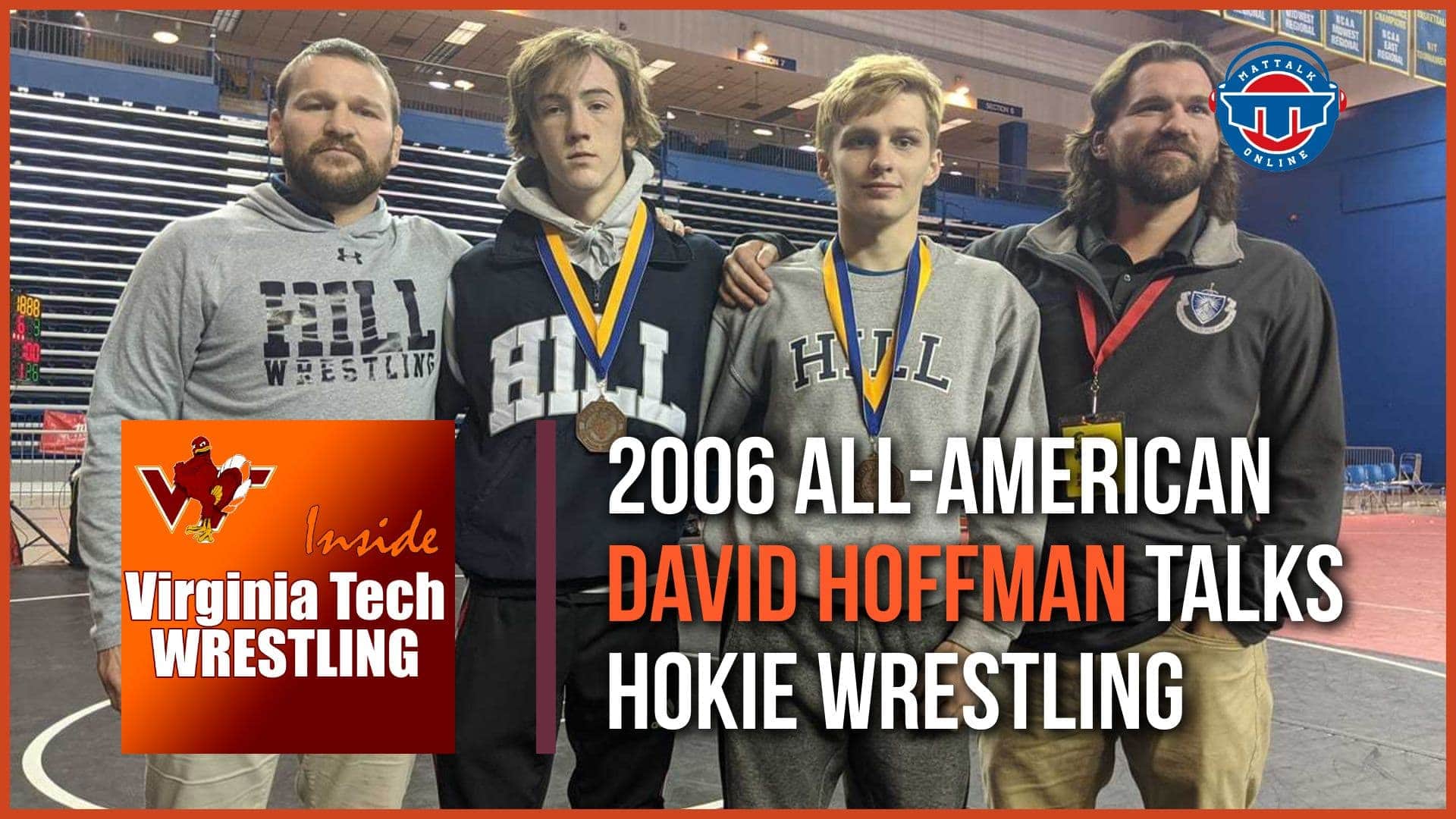 Four-time NCAA qualifier and 2006 All-American David Hoffman comes on to Episode 97 of Inside Virginia Tech Wrestling. Hoffman just finished up his second year as the head coach at The Hill School in Pottstown, Pennsylvania, his alma mater.

Hoffman talks about coming to Virginia Tech back in the fall of 2001, competing as a true freshman, managing the gap between Keith Mourlam and Tom Brands as well as the changes in the program when the Dresser-Robie era rose to prominence in Blacksburg.

Hoffman spent time coaching with former Hokie assistant Dan Wirnsberger at Bucknell before turning to Blacksburg to join the staff with Dresser and Robie for several years. A stop off in Chattanooga preceded his return back to the Keystone State.