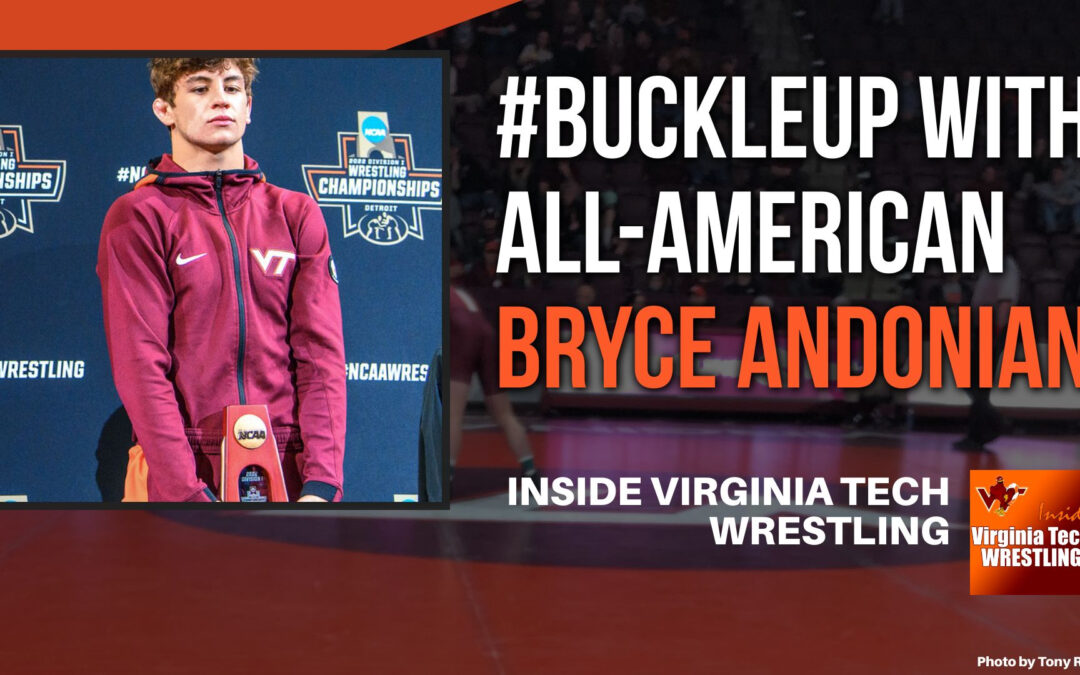 Recapping the 2022 NCAA Division I Wrestling Championships with Virginia Tech All-American Bryce “Buckle Up” Andonian. The Ohio native has represented the United States at the Junior World Championships and provided #HokieNation and the wrestling world highlight reel throws and an unorthodox style that makes him a draw to anyone who likes exciting wrestling and bonus points.

Andonian talks about growing up wrestling in Ohio, how he ended up wrestling at Ohio powerhouse St. Edward and when he first started to get noticed by Virginia Tech. He then goes into what he learned in his scraps with North Carolina's Austin O'Connor last year and NC State's Tariq Wilson this year and what he did to get that next best thing, a third-place finish at the NCAA championships at 149 pounds after entering as the No. 11 seed.