Catching up with Tony Robie after a busy summer – VT69 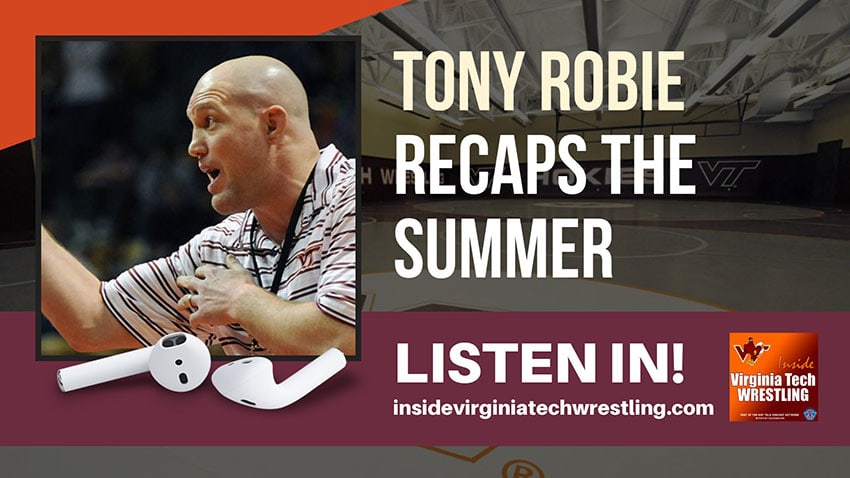 With school starting up, it's time to visit again with head coach Tony Robie on Episode 69 of Inside Virginia Tech Wrestling. Coach Robie had a busy July and August with a number of camps coming through Blacksburg and trips to Fargo and Daytona Beach.

Coach Robie will talk about the types of camps that are hosted by Virginia Tech and then the recruiting landscape in Fargo before diving into some topcis that were discussed at the annual NWCA Convention, including the potential for the redshirt rule applied to football this season and what it could possibly mean for wrestling.

Other topics from the convention include issues with RTC's, recruiting dead periods and clearing up how the new transfer rules work. We'll also get an update on what Mekhi Lewis, David McFadden and Ty Walz are getting into this fall.