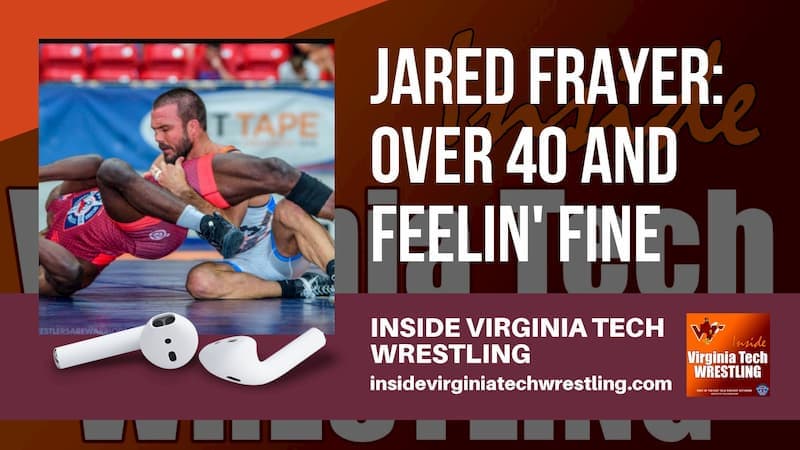 Jared Frayer lost a bet, so he had to wrestle at the U.S. Open. Not only did the 2012 Olympian compete pretty well at the event, he actually qualified for the U.S. World Team Trials. While it'll take another bet to likely get him to wrestle anymore, a seventh place finish at 40 is impressive.

On Episode 84 of Inside Virginia Tech Wrestling, I'll get the backstory with Frayer and go back in time to his own performances in freestyle and Greco-Roman as a youth. He'll also speak about new assistant Cody Brewer and his U.S. Open championship.