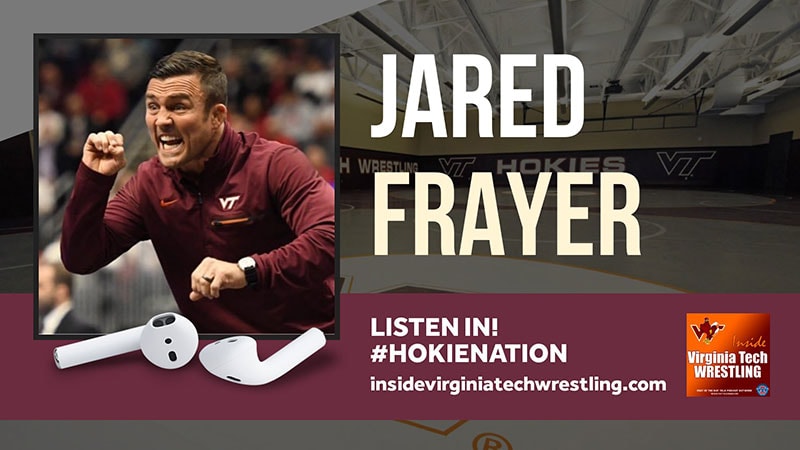 Episode 70 of Inside Virginia Tech Wrestling starts off talking football as both assistant coach Jared Frayer and host Jason Bryant are Tampa Bay Buccaneers fans. We talk a tad about the NFL, then get into the impact Hokie football has on recruiting at Virginia Tech. We'll also handicap the golf tournament that recently concluded and the fall picnic out in the Roanoke Valley.

Frayer will then talk about the preparation being done for Mekhi Lewis heading into the Junior World Championships in Trnava, Slovakia next week and where Lewis can expect to be heading into the event. We also stump Frayer on grammar, geography, and the correct usage of the Oxford comma. We actually don't do that last one.