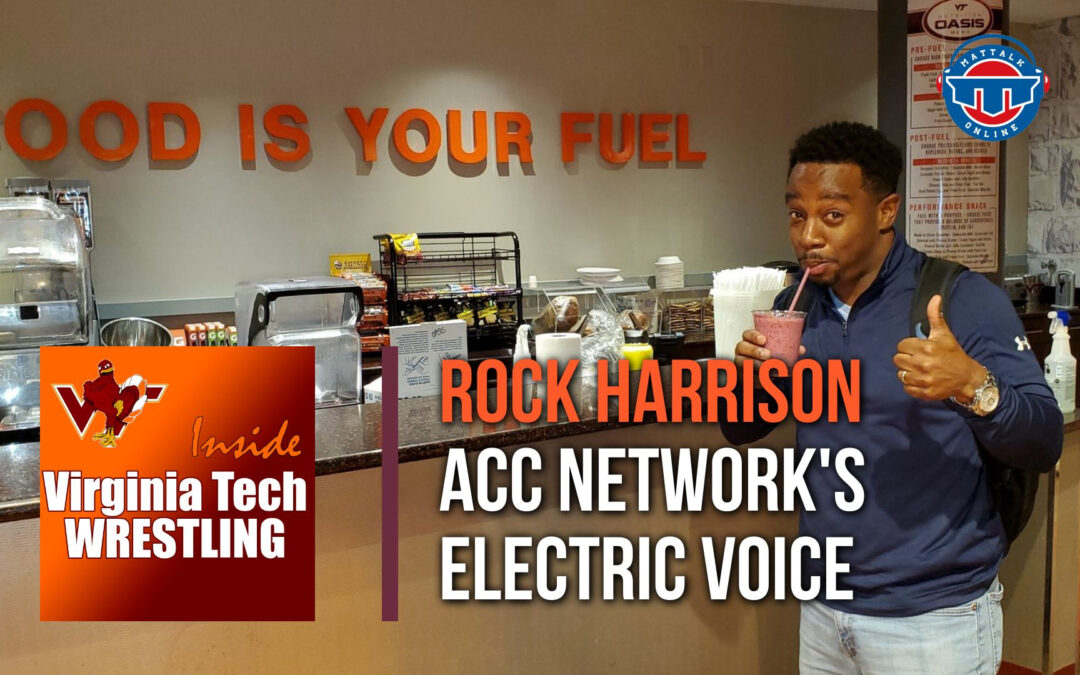 During the no-fans era of college sports in 2021, one name quickly rose to the forefront of college wrestling – Rock Harrison. During Virginia Tech’s down-to-the-wire criteria win over NC State last season, ACC Network color commentator and former U.Va. wrestler Gerard “Rock” Harrison’s spirited and emotional call was streamed to the computers and living rooms to wrestling fans around the world. As ESPN’s production crew split screened Harrison’s reaction after Sam Latona’s late two-and-two, much of the American wrestling public was captivated.

On Episode 107 of Inside Virginia Tech Wrestling, we’ll catch up with Harrison, talk about his background wrestling in Maryland and his career at Gilman School, which saw him finish second at the 1993 National Prep Championships and eventually enroll at that school in Charlottesville.

It’s the next season and Harrison is expecting another ACC donnybrook as No. 5 NC State will host the seventh-ranked Hokies in Raleigh on January 21. Harrisonn looks at the growth of the ACC streaming platform, his foray into broadcasting after serving as a referee, working with Shawn Kenney “in the booth,” and how he overcame a rough bout of COVID last year and how he’s bounced back.