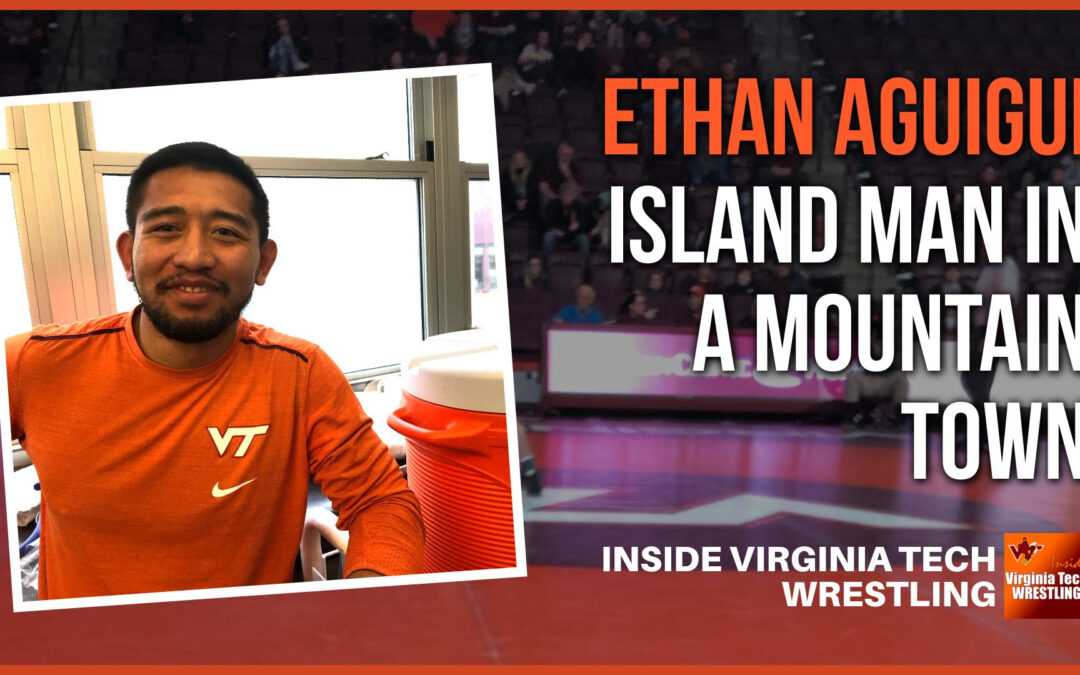 A Sports Information Director has a number of duties when it comes to promoting, covering and disseminating information about a certain sport. For Guam native Ethan Aguigui, his immersion into Virginia Tech's wrestling culture has come with a number of responsibilities and taking on the role of the team's SID has been a new challenge. On Episode 109 of Virginia Tech Wrestling, we'll sit down with Aguigui (pronounced Ah-gee-gee) prior to the Hokies' win over Duke on February 4 to see what his acclimation has been like to wrestling on the mainland and how the wrestling system is in his native Guam.

We'll go through a few geography lessons, day-to-day systems and how he deals with snow coming from an island in the Pacific Ocean 7,864 miles from Cassell Coliseum.