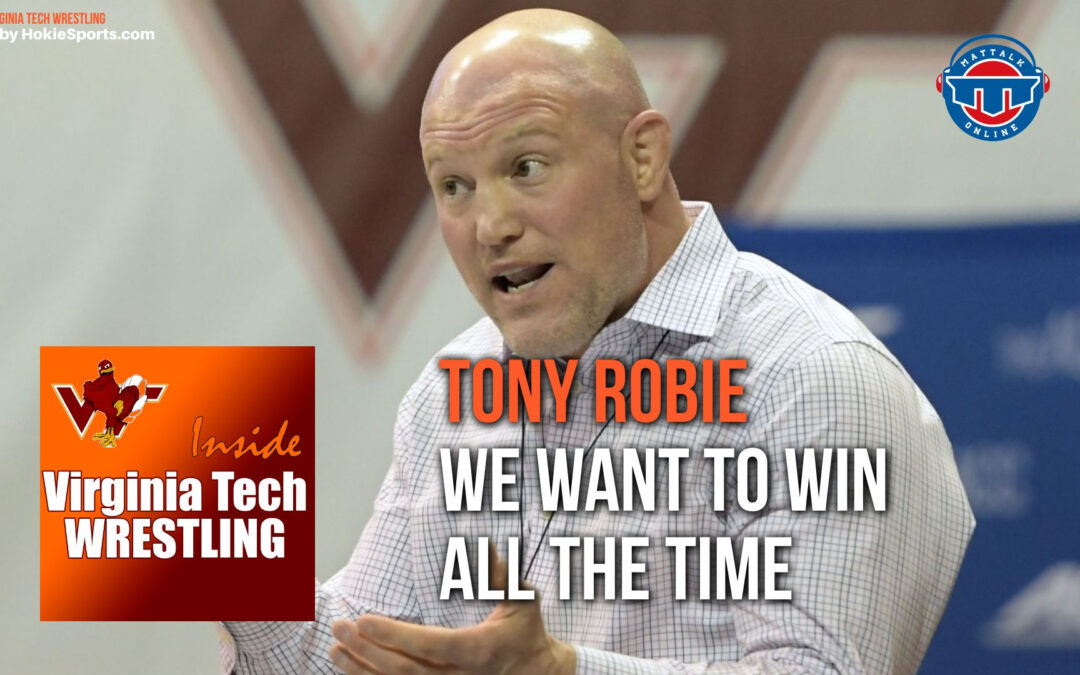 Another season of Hokie wrestling is here and that means another season of Inside Virginia Tech Wrestling is kicking off with head coach Tony Robie. Coach Robie talks about getting back to normal in Blacksburg, what the new normal is and what it's like. Robie also breaks down how the scholarship figures are a bit different in the wake of the extra year, as well as how well Virginia Tech has been able to recruit once the recruiting dead period ended.

Other topics discussed include the schedule this year, Friday's ACC duals on the ACC Network, The Moss dual with George Mason on January 15, the upcoming Southeast Open and the attempt to break the school record for attendance at Cassell Coliseum against Ohio State on November 19.