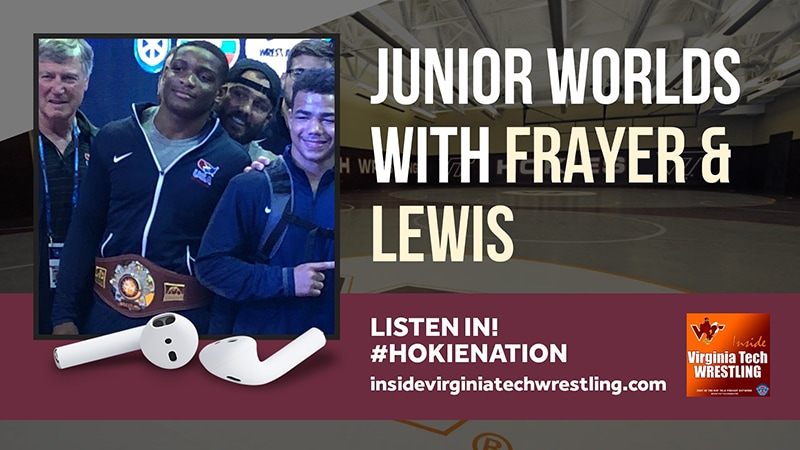 From Trnava, Slovakia, Episode 71 of Inside Virginia Tech Wrestling talks with Junior World champion Mekhi Lewis and coach Jared Frayer about the obvious, Lewis' world title in just his third freestyle tournament ever.

We start with the introduction of Lewis on the podium, then the call from Jason Bryant from the UWW live stream, then we move to interviews with Frayer and Lewis before we get interrupted at the Team USA dinner with coaches Kevin Jackson, Teague Moore and Rob Eiter before finishing the show back up with Frayer and Lewis.