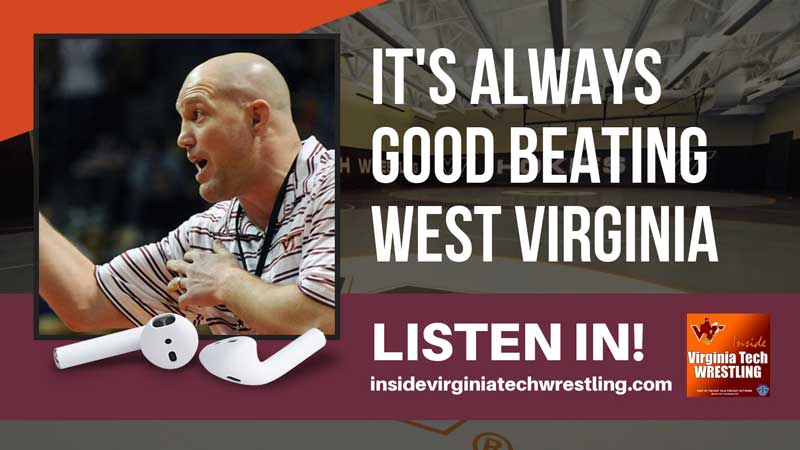 Episode 75 of Inside Virginia Tech Wrestling catches up with coach Tony Robie as he takes a break from watching Christmas Vacation and wondering where to empty his chemical toilet to talk about the latest happenings in Blacksburg.

Coach Robie will touch on Frank Molinaro leaving Blacksburg to focus on his own competitive goals in 2020 and then we'll chat about recent performances against Princeton and West Virginia.

The dual with West Virginia was big, not just because it's West Virginia, but because the Mountaineers are now coached by Robie's former coach, Tim Flynn, who spent over 20 years at Edinboro. We'll talk to Robie about what it was like seeing his former coach not wearing plaid.

Finally, Robie will break down the next two competitions for the Hokie wrestlers, the Southern Scuffle and the F&M Open in Pennsylvania.