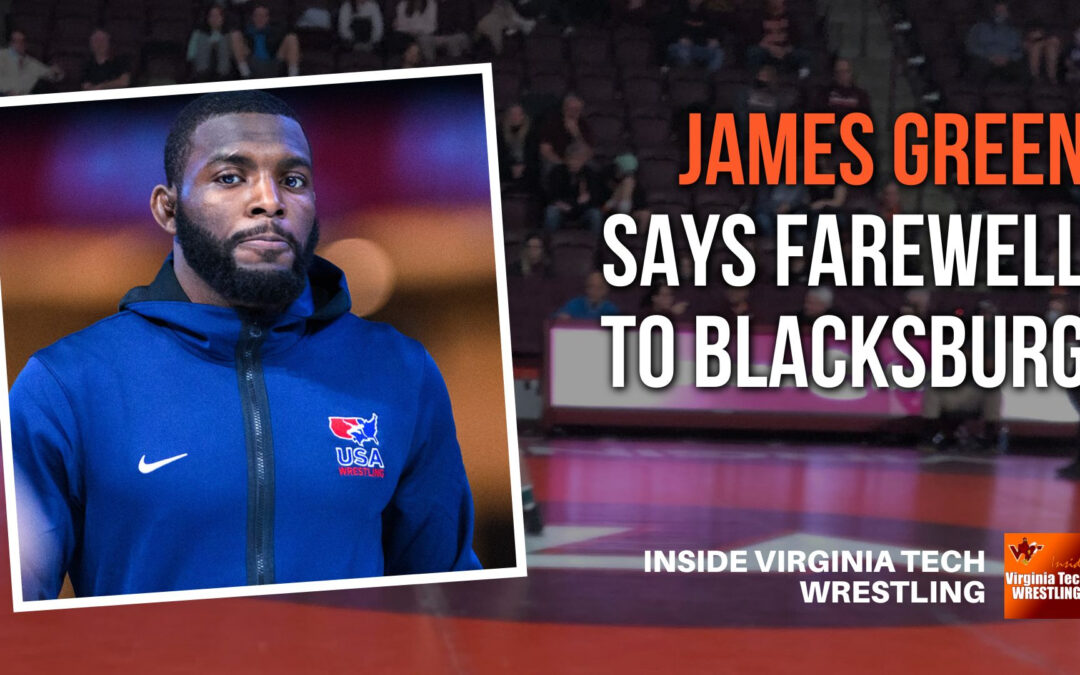 After representing the United States on six World teams and coming away with a bronze medal in 2015 and a silver medal in 2017, James Green is calling it a career. On Episode 113 of Inside Virginia Tech Wrestling, Green talks about his career, why he's leaving his shoes on the mat, what's next with USA Wrestling and he also reflects on his time in Lincoln and Blacksburg, where he closed out his competitive career.

Green represented Team USA at six straight World Championships, starting in Las Vegas in 2015 before closing out his run in Oslo in 2021. In 2017, Green's second-place finish was crucial in the United States' first men's freestyle world championship since 1995.