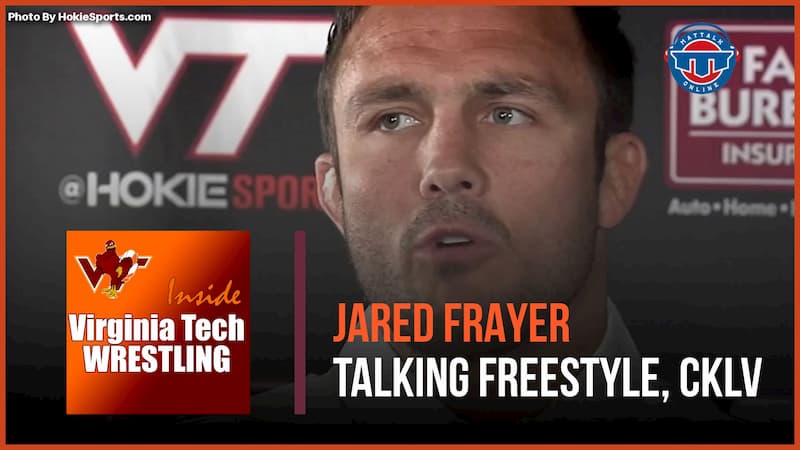 Jared Frayer will bring Mekhi Lewis and Ty Walz to the USA Wrestling Senior Nationals this coming weekend in Fort Worth, Texas. The pair will try to qualify for April's U.S. Olympic Team Trials in State College, Pennsylvania in April. A top five finish will be needed to assure them a shot at the Trials.

On Episode 92 of Inside Virginia Tech Wrestling, Frayer will briefly review the Cliff Keen Las Vegas Invitational and touch on his relationship with UTC head coach Kyle Ruschell heading into the Hokies' home dual with the Mocs on Saturday before we turn the focus on freestyle.

Frayer also recounts the uniqueness of his Olympic quest, which he fulfilled by making the 2012 U.S. Olympic team in men's freestyle after a series of second-place finishes at the U.S. World Team Trials.