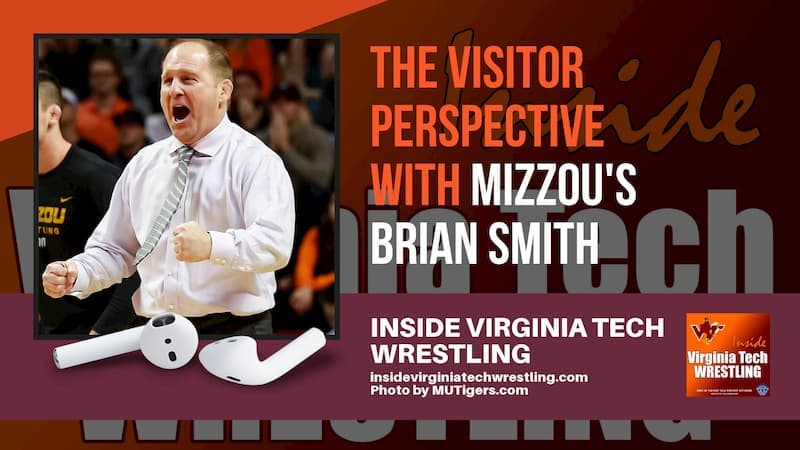 It's wrestling season time! That's right, we have Hokie wrestling coming to Cassell Coliseum this weekend and more wrestling up in Roanoke at the Southeast Open. Welcome back #HokieNation to another episode of Inside Virginia Tech Wrestling, as you heard in the intro, I'm Jason Bryant and on Episode 89, we'll talk with head coach Tony Robie about this weekend's competition, but first, we'll get to a guest spot with Missouri head wrestling coach Brian Smith – This is Inside Virginia Tech Wrestling.

We then get to coach Tony Robie and before we talk about this weekend's competition, let's just go through a few things from the intrasquad before putting some thought into Missouri and the Southeast Open in Roanoke.

Information on the Southeast Open: SoutheastOpenWrestling.com