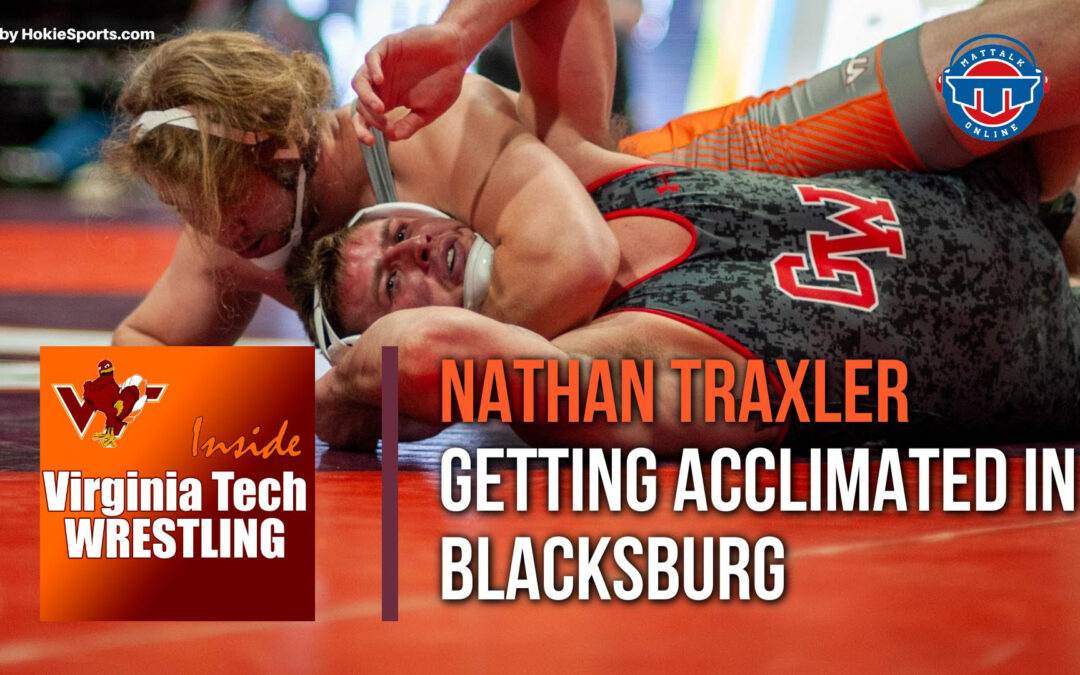 Graduate student Nathan Traxler joins Episode 105 of Inside Virginia Tech Wrestling to talk about how he's acclimating to Blacksburg. Before we introduce Traxler to #HokieNation, head coach Tony Robie talks about the first month of the season, the opener against Ohio State and the pair of big wins in Missouri this past weekend against Northern Iowa and the host Missouri Tigers.

Traxler then goes into detail about his career at Stanford, the move up to heavyweight after fighting the cut down to 197, what he's got lined up for work after college wrestling is done. He also breaks down what it was like to endure the challenges placed on Stanford's wrestling program last season in terms of fighting off elimination as well as competing on the road for weeks at a time.