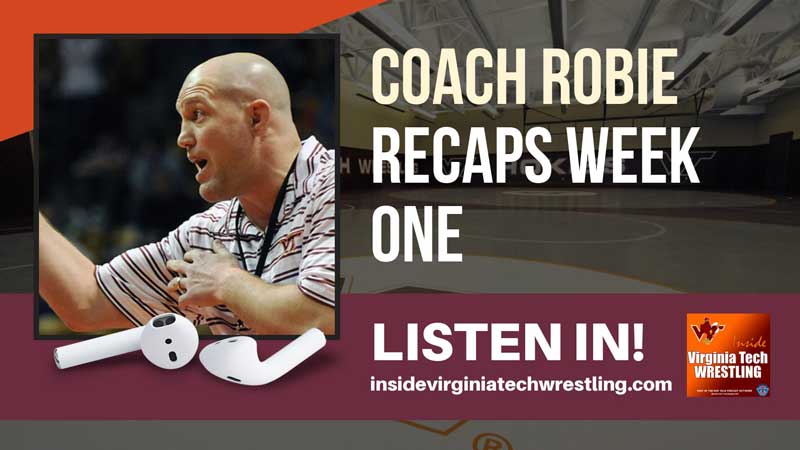 Season 5 kicks off with head coach Tony Robie as we recap the intrasquad match and the first weekend of competition as the Hokie wrestling program hosted the Hokie Open just up the road in Roanoke.

Coach Robie analyzes the performances and also looks at lineup situations as well as expectations heading into the week off and looming road duals with Missouri and Northwestern.