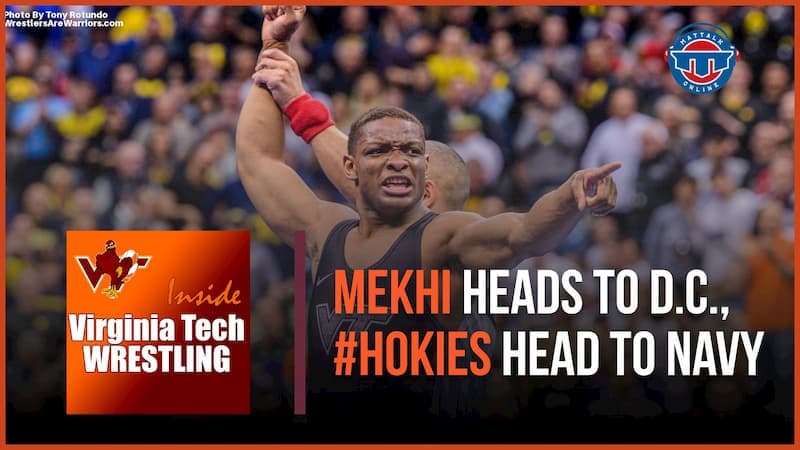 Tony Robie and 2019 NCAA champion Mekhi Lewis will go to Washington. On Episode 91 of Inside Virginia Tech Wrestling talks with Robie about the upcoming trip to the White House as part of NCAA Champion Day, where numerous NCAA team and individual champions will have the opportunity to meet the President along with representatives from Penn State, Northern Iowa and Cornell, who also accepted the invitation to come to the White House.

Robie will then breakdown the win over Ohio State, a win that's vaulted the Hokies up to No. 4 in the latest NWCA Division I Coaches Poll. Then we take a quick look at who is expected to compete at the Navy Classic this weekend in Annapolis.