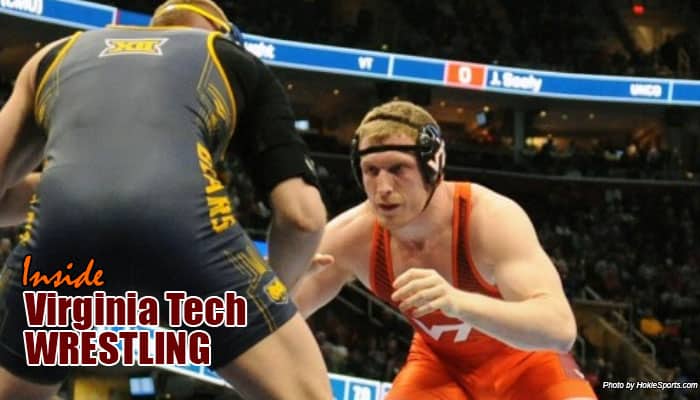 Tony Robie is on the road to Virginia Beach to do some recruiting at the NHSCA Nationals, but before he gets to finding the next generation of Hokie wrestlers, we'll talk with Robie about the 2018 NCAA Division I Championships.

Virginia Tech finished eighth and had three All-Americans, led by the school's second-ever finalist, Jared Haught at 197 pounds. Zack Zavatsky finished sixth, while David McFadden earned his second All-American honor, finishing fifth at 165 pounds. Robie talks about the tournament that was, the improvements made and specifically what a unique presence like Haught has done to improve in his time in Blacksburg.