Tony Robie talks contract extension, Junior Worlds, and the start of the season 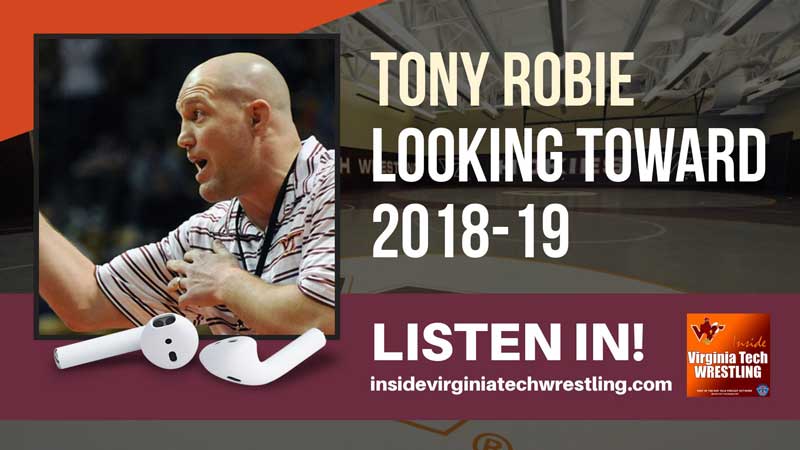 Tony Robie is back on Episode 72 of Inside Virginia Tech Wrestling to put a bow on the fourth season of the podcast. Coach Robie confirms there will be another season of the show, which has proven to be the blueprint for college teams on the Mat Talk Podcast Network and wrestling team-specific podcasts in general.

Robie will talk about his contract extension and about surprises on the design side of things with singlets this season, per a question from Abby Bryant, as well as recapping what it was like for the Hokie wrestling team to watch Mekhi Lewis win a Junior World Championship last month in Slovakia.

We'll also talk about David McFadden's preparation for the U23 World Championships, the preseason workouts and the first week of official practice.