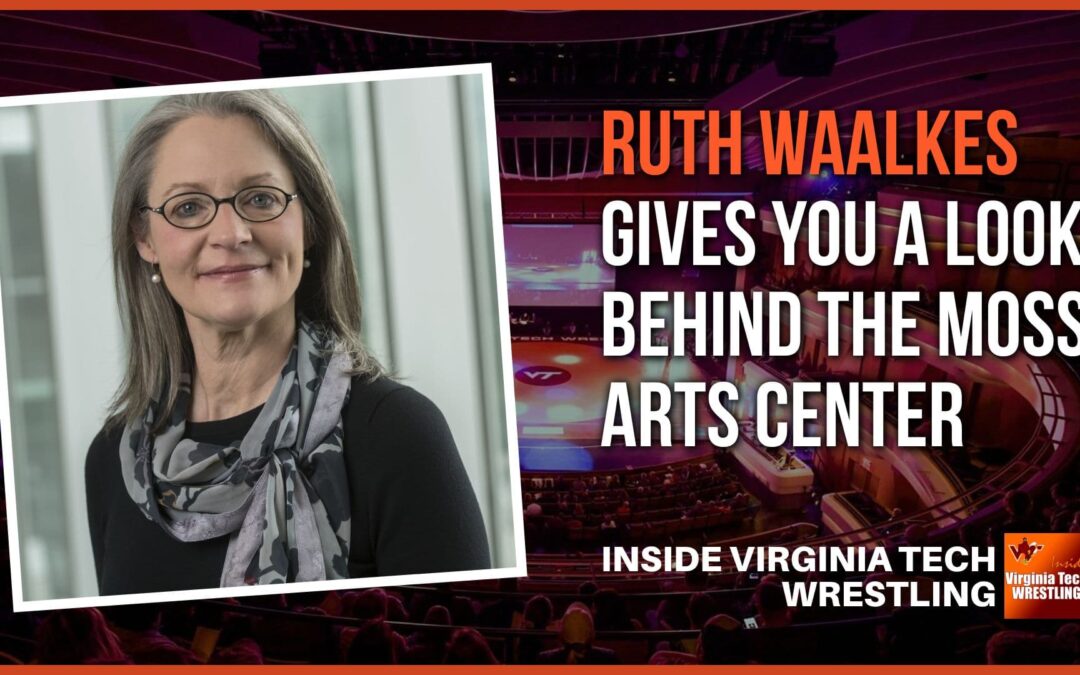 The Moss Arts Center dual has been a unique fixture on the Virginia Tech wrestling schedule for nearly a decade. On Episode 106 of Inside Virginia Tech Wrestling, we'll get a look into things on the Moss side of things with the Moss Center's Executive Director and Virginia Tech's Associate Provost for the Arts, Ruth Waalkes.

In her 12th year in Blacksburg, Waalkes talks about the early discussions that opened the door to wrestling in the facility, what the crossover has been like between arts and athletics and some of the cooler things the facility has brought to campus, especially from it's intended purpose. The Moss Arts Center dual against George Mason takes place on January 15 at 4 p.m. Eastern and the Moss Arts Center will also have a performance of Cirque Mechanics on February 3-4, the weekend the Hokies face Duke at Cassell Coliseum.