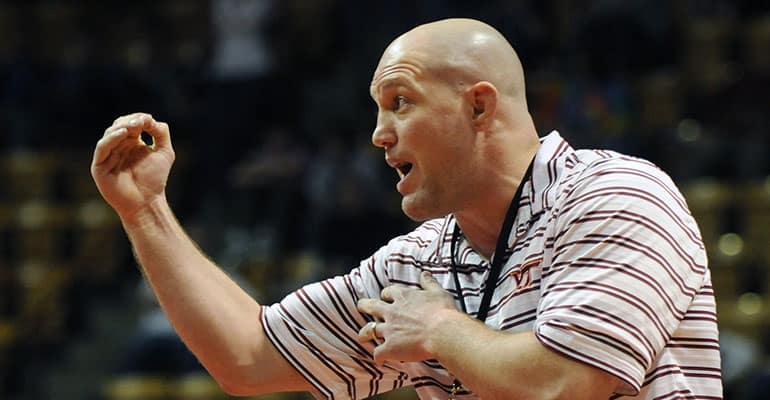 On Episode 2 of Inside Virginia Tech Wrestling, we talk with associate head coach Tony Robie. The Pennsylvania native was a two-time All-American for Edinboro and then went on to coaching positions at his alma mater, West Virginia and Michigan before landing the head coaching position at Binghamton.

After one year at Binghamton, Robie came to Blacksburg to join Kevin Dresser's staff. With a wealth of experience, Robie was a natural fit for the program. Robie discusses the relationship he and Dresser have with the way they operate the program.

Other than his resemblance to Dan Henderson, Robie speaks on a number of topics including the upcoming Hokie Open, the season's kickoff dual a day earlier against Division II Newberry College and the intrasquad match on October 30, just two days before the Hokie football game against Boston College. So make sure you take that half day, get to Blacksburg if you're coming in from out of town and make a weekend out of it.

Robie also touches on Joey Dance's upcoming participation at the NWCA All-Star Classic and talks about his own experience in the match back in 1997. We'll also break a little bit of news about another Hokie wrestler who will be making an appearance in Philadelphia.

We'll also be able to provide a specific mobile app for Android and iOS devices within the month. If you like the show, be sure to get to that iTunes link and leave a rating and a review. The more ratings the show gets, the more exposure this show, and your team, will get worldwide.