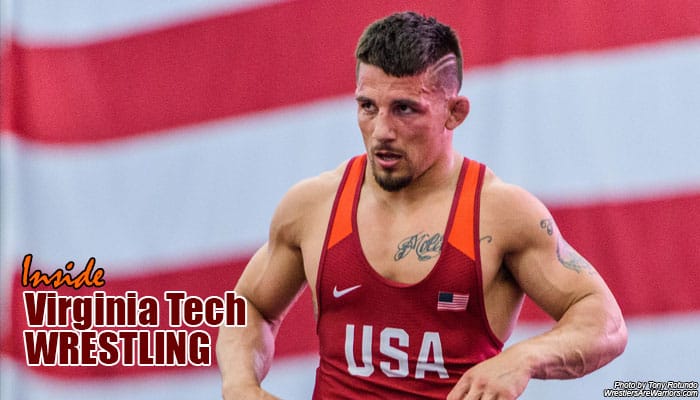 Olympian Frank Molinaro comes to Blacksburg as a four-time All-American and past NCAA wrestling champion. In August of 2016, Molinaro represented the U.S. at the Rio Olympic Games, finishing fifth at 65kg in men's freestyle.

On the latest episode of Inside Virginia Tech Wrestling, Molinaro talks about his rise to prominence in international wrestling, his desires to coach long-term, life at Penn State, similarities with his alma mater and Virginia Tech as well as the infamous “I choose down” match against Kyle Dake.

Molinaro opens up about his family, his hopes for his position and training and what the approach was like from coach Tony Robie.