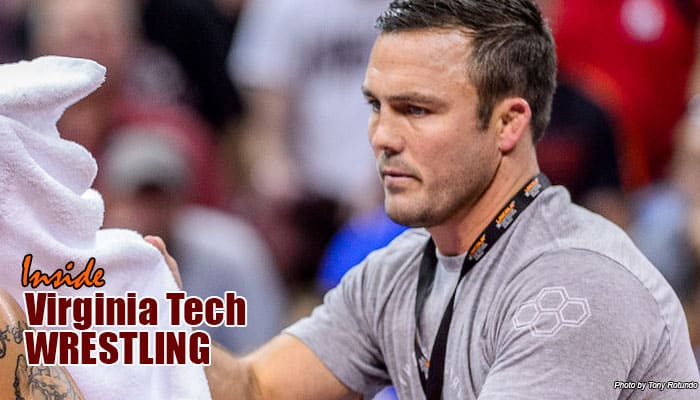 After six months on the job, assistant coach Jared Frayer and his family has settled into Blacksburg living. As a past Olympian, Frayer had the role of coaching another new hire, Frank Molinaro, at the U.S. World Team Trials in Lincoln, Nebraska.

On the final episode of the third season of Inside Virginia Tech Wrestling, Frayer opens up about why football games are important to recruiting, being a Buccaneers fan, his relationship with Molinaro and how he goes back with new assistant coach Tyler Graff.

Check out Inside Hokie Wrestling