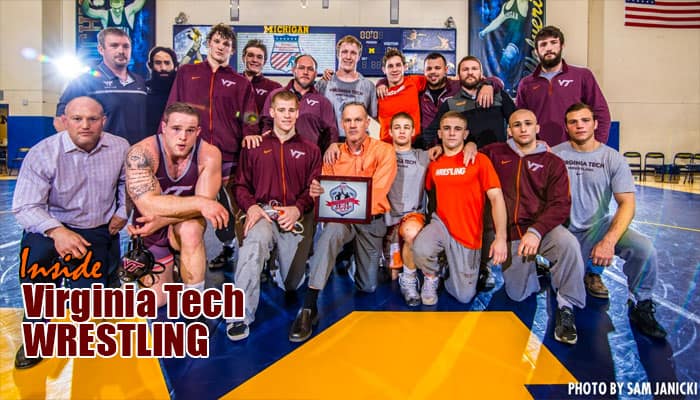 Episode 30 of Inside Virginia Tech Wrestling again features head wrestling coach Kevin Dresser as the Hokies wrapped up the regular season with a 24-11 victory at Michigan.

Virginia Tech finished the season with a No. 3 ranking in the USA Today/NWCA Division I Coaches Poll, the highest in program history. The Hokies now prepare for the ACC Championships at Virginia on March 6.

At the time of the recording, the ACC seeds weren't released, but by the time the show was over, they were released. They can be viewed here.