VT32: Seniors Austin Gabel and Nick Brascetta talk some smack and recap their careers in Blacksburg 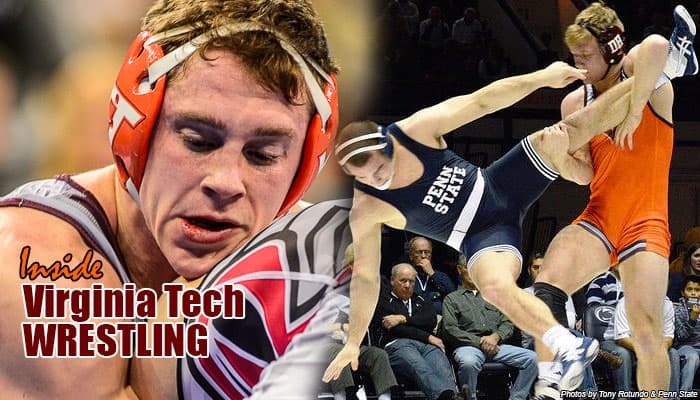 Episode 32 of Inside Virginia Tech Wrestling talks with seniors Austin Gabel and Nick Brascetta. We'll get a quick update from coach Kevin Dresser to kick off the show, then we let Nick and Austin take shots at each other.

Both wrestlers have a career that dates back to both of them wrestling one another back when the two were kids in Colorado. Gabel finally gets a chance to retort on Brascetta's “airhead” comment from last season and he piles on when it comes to Brascetta's early-season “frost bite” injury.

It's a fun way to send off these two seniors as they eye careers beyond graduation.