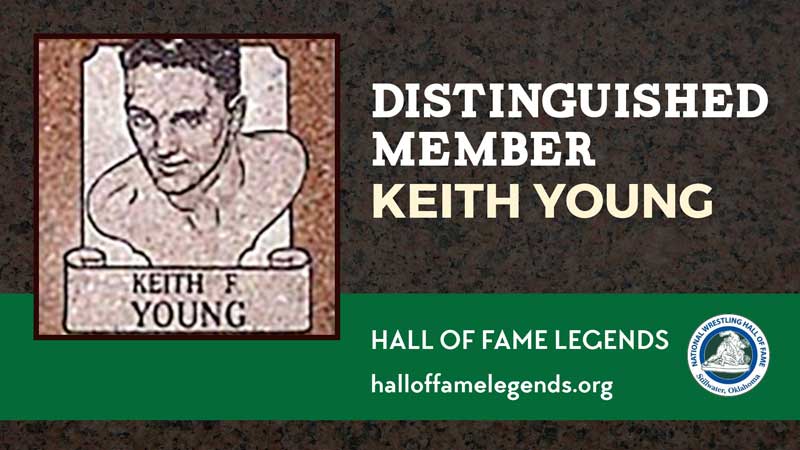 He packed more wrestling success into five years than most athletes manage in a lifetime of competition. Keith Young spent the next three decades returning those rewards to the sport with full interest.

His Algona High School team didn't offer wrestling until his senior year, and when he joined the University of Northern Iowa you'd hardly expect a youngster of such limited experience to fill the shoes of one of wrestling's all-time greats, Bill Koll.

But fill them he did, winning six national championships in three seasons. Undefeated in collegiate competition, he was NCAA champion at 145 pounds in 1949, '50 and '51, leading the Panthers of coach Dave McCuskey to the team title during his junior year.

Rather than pursue post-graduate competition, Young turned immediately to high school coaching. In three years at Blue Earth, Minn., he produced a state team champion. Then he returned to Iowa, coaching a year at Osage before taking the reins in 1955 at Cedar Falls.

There he produced more than 200 dual meet victories, two state champion teams, two runners-up and a host of individual winners. Far more important, however, was his influence on the lives of young men, as a teaching example of integrity and dedication.

He also served the sport of wrestling for many years as one of its most widely respected referees, officiating at the high school and collegiate levels all the way to the NCAA and NAIA championships.

In recognition of his outstanding achievements as a champion wrestler, and his long years of service to the sport as a teacher and leader of young athletes, Keith Fay Young is honored as a Distinguished Member of the National Wrestling Hall of Fame.
SUBSCRIBE TO THE SHOW
Apple Podcasts | Stitcher | Spreaker | iHeartRadio | Spotify | Google Play Music | Android | RSS