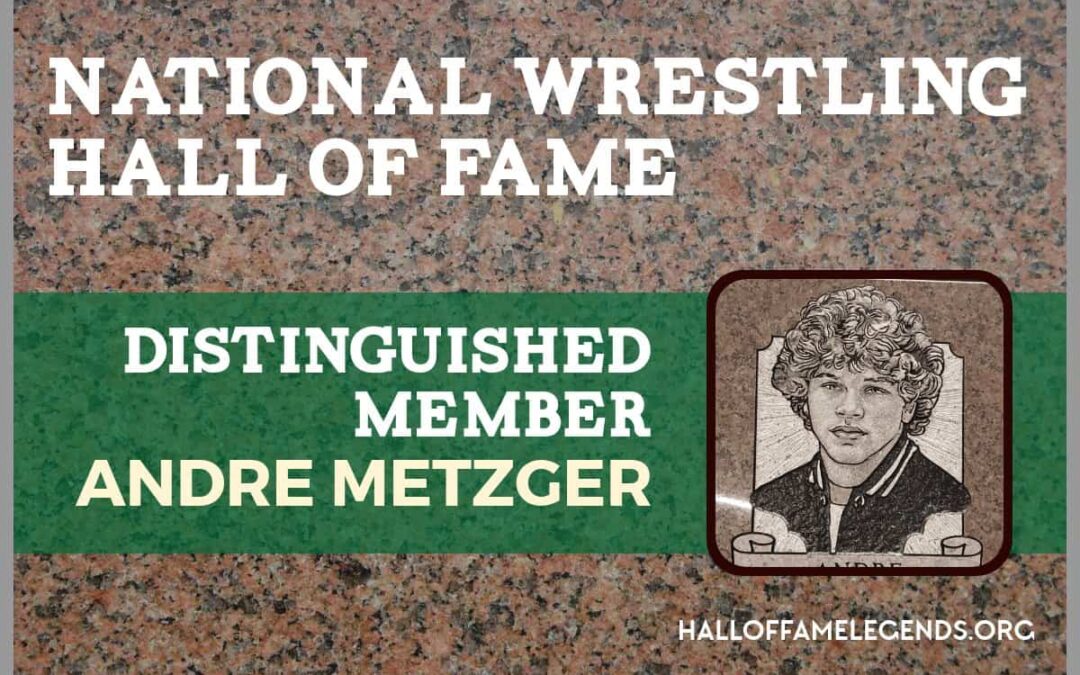 The latest episode of the National Wrestling Hall of Fame Legends Podcast is with 2017 Distinguished Member and two-time NCAA champion Andre Metzger.

For those historians who refer to the 1980s as the “Golden Age” of American wrestling, Michigan native Andre Metzger shines bright as one of its stars.

Starting with a 27-second win by fall in his first match in the ninth grade, Metzger wrestled an estimated 2,000 matches in freestyle, collegiate and Greco-Roman. His 1,870 victories equate to an amazing .935 winning percentage. Ending with comeback attempts to make the 2012 U.S. Olympic team and 2014 U.S. World team, his storied career spanned an incredible five decades.

Following a stellar high school career that included a state championship, Metzger wrestled in the 1979 World Championships in San Diego. He won the bronze medal and became the youngest American to medal in the World Championships at the age of 19 ? a record that stood for 36 years.

Combining freestyle, Greco-Roman and judo styles, Metzger changed the sport of wrestling and made it more exciting to watch. He is one of the few wrestlers to have a takedown move named after him — The Metzger.

At the University of Oklahoma from 1979 to 1982, Metzger was a four-time All-American and two-time NCAA champion at 142 pounds, after he placed fifth and second his first two years. In 1980, he made a serious bid for a spot on the U.S. Olympic Team. Leading in a late-round match against 1977 NCAA champion Steve Barrett of Oklahoma State in the Olympic Trials, Metzger suffered an ankle fracture that ended his Olympic hopes. His quest for an Olympic Team spot four years later ended when he got a severe case of shellfish poisoning and couldn't compete in the final trials.

For his prolific career, dedication and contributions to the sport of wrestling, Andre Metzger is honored as a Distinguished Member of the National Wrestling Hall of Fame.