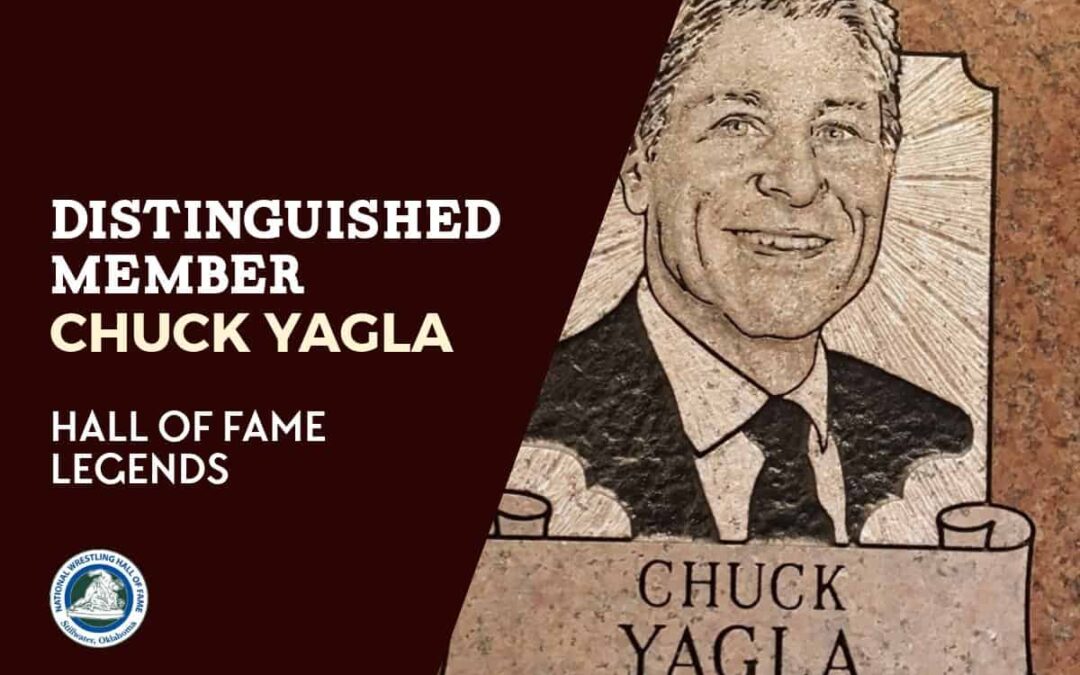 The latest episode of the National Wrestling Hall of Fame Legends Podcast is with 2017 Distinguished Member and NCAA champion Chuck Yagla.

Raised in the wrestling hotbed of Waterloo, Iowa, Chuck Yagla turned a talent for wrestling into a lifelong passion. He began his wrestling journey at Waterloo's Columbus High School, where he served as a senior team captain and was runner-up in the 1972 Class 3A state tournament.

At the University of Iowa, Yagla won an NCAA championship at 150 pounds in 1975 as a junior. His win came via a 4-4, 1-1 split referee's decision over future three-time NCAA champion and World champion, Lee Kemp. He repeated the feat in 1976, when he was also named Outstanding Wrestler of the NCAA tournament.

Wrestling in international competition from 1972 to 1980, Yagla won freestyle events around the world. He was a United States Wrestling Federation Junior National Champion in 1972 and Grand Champion (Ring Series) in 1975. In addition, he won a USWF National Greco-Roman title in 1978.

He was a U.S. Olympic freestyle alternate in 1976 and earned a spot on the 1980 Olympic Team, but he was denied the opportunity to compete when the U.S. boycotted the Moscow Games. Yagla also was a runner-up in the 1979 Tbilisi Tournament in the Soviet Union, which is regarded as the toughest international event outside of the Olympics, and won gold and silver medals in the World Cup.

Following his wrestling career, Yagla served as assistant wrestling coach at the University of Iowa from 1977 to 1982, before he turned his attention to officiating. He spent 24 years as an NCAA official, gaining the respect of coaches and competitors nationwide. From 1996 to 2007, he was a fixture at the NCAA Division I Championships and was selected to referee finals matches five times. He officiated at six NCAA Division II Championships. In 2009, he was honored by the National Wrestling Hall of Fame as a Meritorious Official.

For excelling in every aspect of wrestling during his incredible career, Chuck Yagla is honored as a Distinguished Member of the National Wrestling Hall of Fame.