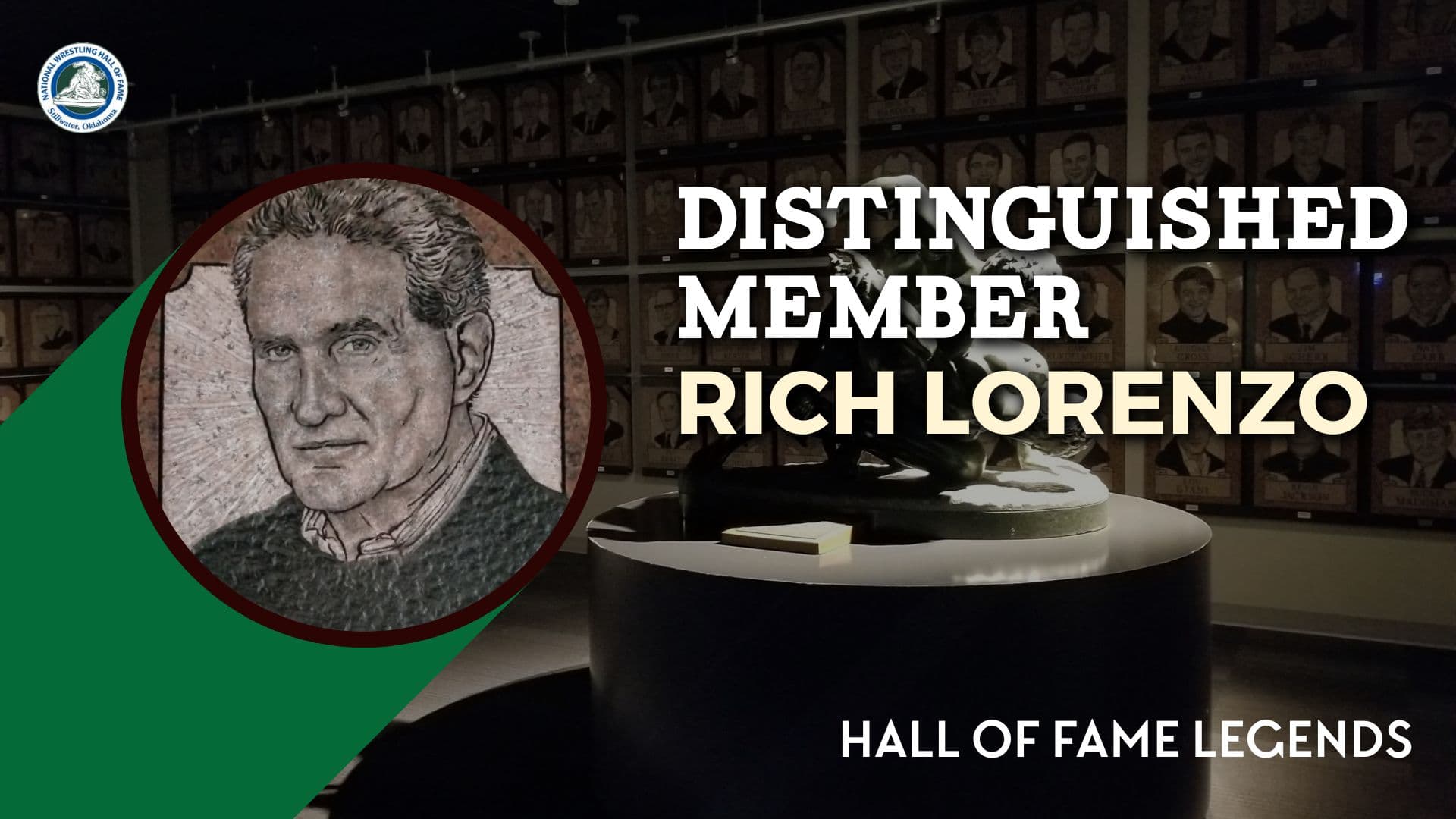 An outstanding high school and collegiate wrestler, Rich Lorenzo became an icon in college wrestling as the head coach of the Penn State Nittany Lions from 1978 to 1992. His exemplary career has earned Lorenzo induction into the National Wrestling Hall of Fame as a 2019 Distinguished Member.

He was co-executive director of the National Wrestling Coaches Association from 1993-95, raising one half of the coaches' $1 million capital campaign challenge, and served as the association’s membership chair and treasurer from 1993-99. Lorenzo was executive director and treasurer for the Nittany Lion Wrestling Club, serving as the major fundraiser to fully endow the wrestling program. He was the chief fundraiser for a $4 million wrestling facility, which was named the Lorenzo Wrestling Complex.

On the mat, Lorenzo was a two-time district champion and a state runner-up for Newton (New Jersey) High School. Top-seeded at 191 pounds in the 1968 NCAA Championships, Lorenzo lost a close 2-1 decision in the semifinals and finished fourth. Earlier, he won an EIWA championship and was named Outstanding Wrestler and winner of the trophy for Most Falls. Lorenzo was an East-West dual meet winner in 1968 and a three-time EIWA place winner while going undefeated in dual meets as a junior and senior for the Nittany Lions.