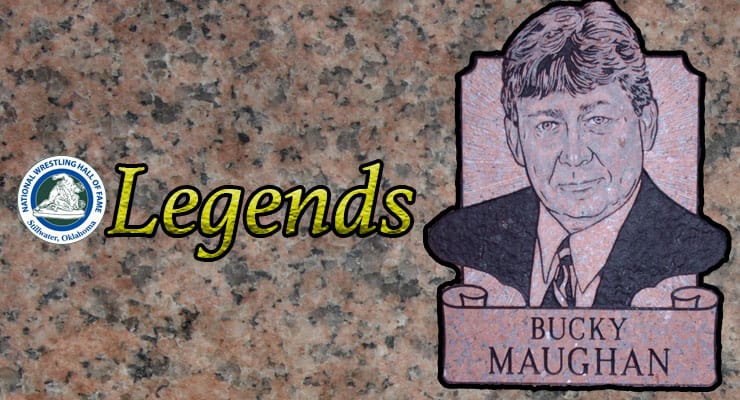 Episode 2 of the National Wrestling Hall of Fame's LEGENDS podcast features Arthur “Bucky” Maughan, a 2003 inductee as a Distinguished Member.

A man of legendary tenacity, Arthur “Bucky” Maughan, is one of the all time great contributors to the sport of wrestling. As a competitor, coach, and tournament host, his Pennsylvania work ethic has impacted the past, the present, and the future of the sport.

During his prep career in wrestling rich Pennsylvania, he compiled a string of 70 dual victories culminating in a state championship. Continuing his career at Moorhead State University, he won three national collegiate championships in two years-two NAIA crowns (1961 and 1963) as well as the 1963 NCAA title.

In 1964, his passion for the sport led him to become the head coach of North Dakota State University. Teaching fundamentals to the “fledgling” team, he took the program from virtual obscurity to an NCAA Division II powerhouse. With a dual meet winning percentage of 77%, his teams have amassed thirty-five winning seasons including four National team championships