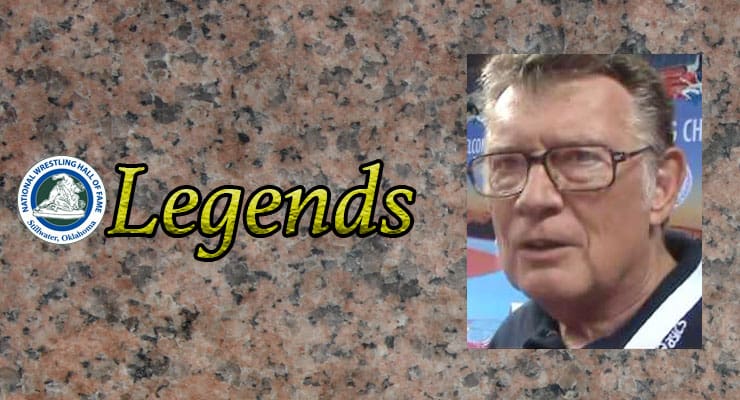 Known as “Doc” throughout the wrestling community, Dave Bennett got his start in wrestling as a member of the inaugural high school wrestling team at Jamestown High School in North Dakota in 1959. He was a conference place winner and qualified for the NAIA National Championships while attending Jamestown College (now University of Jamestown). In 1963, he transferred to Pacific University to finish his wrestling career.

Bennett graduated with his Bachelor's degree at Pacific before completing his doctorate in optometry in 1966. After continued study at the University of Washington and the University of Missouri-Kansas City School of Medicine, he went into a joint practice of ophthalmology in Kennewick, Wash., in 1978.

He blended a professional career with wrestling throughout his life. Bennett coached high school teams from 1969-1990, holding positions as a volunteer, assistant coach, and head wrestling coach at five different high schools. He helped coach over 40 wrestlers to high school state championships in three states.

Through Sunkist Kids, Bennett became involved in video scouting and technique analysis. He has produced over 60 instructional and educational tapes for coaches, athletes, and officials, featuring some of the top athletes and coaches in the world. He also produced over 40 television shows for broadcast in the United States and abroad.

In 1997, he gave up his medical practice to become a full-time staff member of USA Wrestling. Three years later, he was named National Developmental Freestyle Coach. He was honored as the United States Olympic Committee Coach of the Year in 2008, receiving the Doc Counsilman Award. He is the only wrestling coach to ever receive this prestigious award.