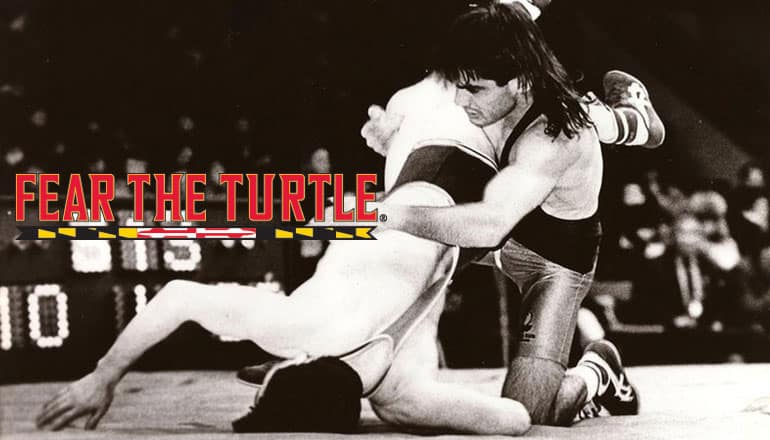 Eiter's career as a wrestler had simple beginnings, as he was only a state qualifier coming out of high school. He went to Arizona State to work with the legendary Sunkist Kids wrestling program and focus his energy on freestyle wrestling. It ultimately paid off as Eiter represented the U.S. at the 1996 Games in Atlanta.

Eiter's first path in coaching began at Clarion, then he went to the Big Ten and coached at Northwestern before moving east to join Zeke Jones' staff at Penn. When Jones left for USA Wrestling, Eiter led the Quaker wrestling program before landing on College Park this past summer.

Eiter talks about his progression through coaching and working with head coach Kerry McCoy, recaps the Pittsburgh dual and looks forward to the December 11 dual with Penn State, which is the Terps' first Big Ten wrestling event and it's against the four-time defending NCAA champions — and McCoy's alma mater.

Eiter also addresses the question about his legendary mullet.

Keep an eye on www.marylandmatchat.com for updates and various formats of how you can listen to the show and subscribe via iTunes, Stitcher, Spreaker and TuneIn. Android and iOS apps are coming soon as well. Go to www.marylandmatchat.com and check the HOW TO LISTEN menu and you'll see links right to the specific apps and programs when they're made available. It's also available on the sidebar of the homepage.

Follow @mattalkonline on Twitter for updates and nuggets of information about the Maryland Mat Chat and all the other shows that are part of the Mat Talk Podcast Network. You can also check out our network home page at www.mattalkonline.com.