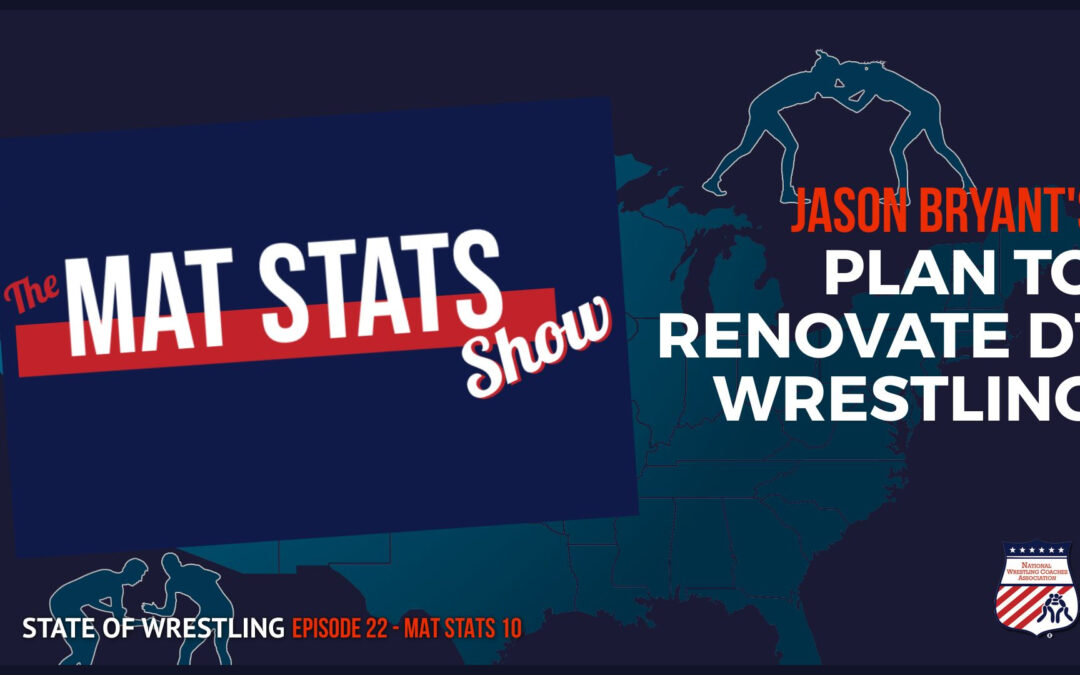 There are 32 conferences in the Division I athletics landscape. Among the 350 Division I schools, there will be 81 that have wrestling at the start of the 2023-24 season. Those 81 teams will be spread across 28 different all-sports conferences and collected into seven conferences that sponsor wrestling. All 14 Big Ten schools sponsor the sport. Six of the ACC’s 15 schools sponsor the sport. The other five conferences are a collection of conference names with affiliate schools populating them and one 17-team wrestling-only conference. According to host Jason Bryant, It’s time we stopped the contraction of wrestling conferences and create more conferences with more qualifying tournaments, aligning schools with peer institutions instead of putting giant geographically inadequate conferences together for the sake of qualifying and get to having conferences that promote competitive dynamics and have the potential for growth.

This episode of the Mat Stats show is Jason Bryant’s plan to renovate college wrestling and he’s starting with the conference structure. While this show is part of the NWCA’s offerings, Bryant’s proposal is his own and not on any NWCA agenda.